You are here: Home / Archives for St. James 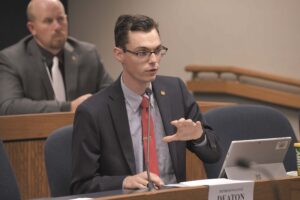 Former State Rep. May Scheve Reardon testified before a House interim committee, telling lawmakers there’s a major issue with illegal slot machines along the I-44 corridor. She talks about one Lottery sales representative whose territory goes from St. James to Lebanon.

“Down that I-44 corridor alone in six months, her route alone was down $800,000,” Scheve Reardon testifies. “That’s an estimated $3.2 million sales lost for six months.”

She says the average monthly Lottery sales lost, per retailer with the alleged illegal machines, is $90,000.

Scheve Reardon testified during a 90-minute hearing before the House Special Interim Committee on Gaming, which is chaired by State Rep. Dan Shaul, R-Imperial. 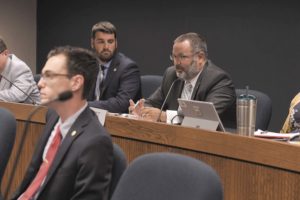 Chairman Shaul tells Missourinet the public will have the opportunity to testify at the next hearing, which is October 10 in Jefferson City.

Thursday’s hearing was the committee’s second in two weeks. The Missouri Gaming Commission testified before the committee on August 22, saying the state needs a coordinated effort to stop the illegal machines.

“We’re trying to coordinate efforts among law enforcement and prosecutors, trying to educate prosecutors on how to prosecute those cases,” Gaming Commission Executive Director David Grothaus testified in August.