Many Missouri National Guardsmen will be leaving their spouses behind as they deploy to Afghanistan, but one couple will be going together. John and Jessica Byrd joined the Army, they said, to see the world. Now they’ll get to see it together. The Byrds met after they enlisted. They say this will be their first trip to the Middle East. 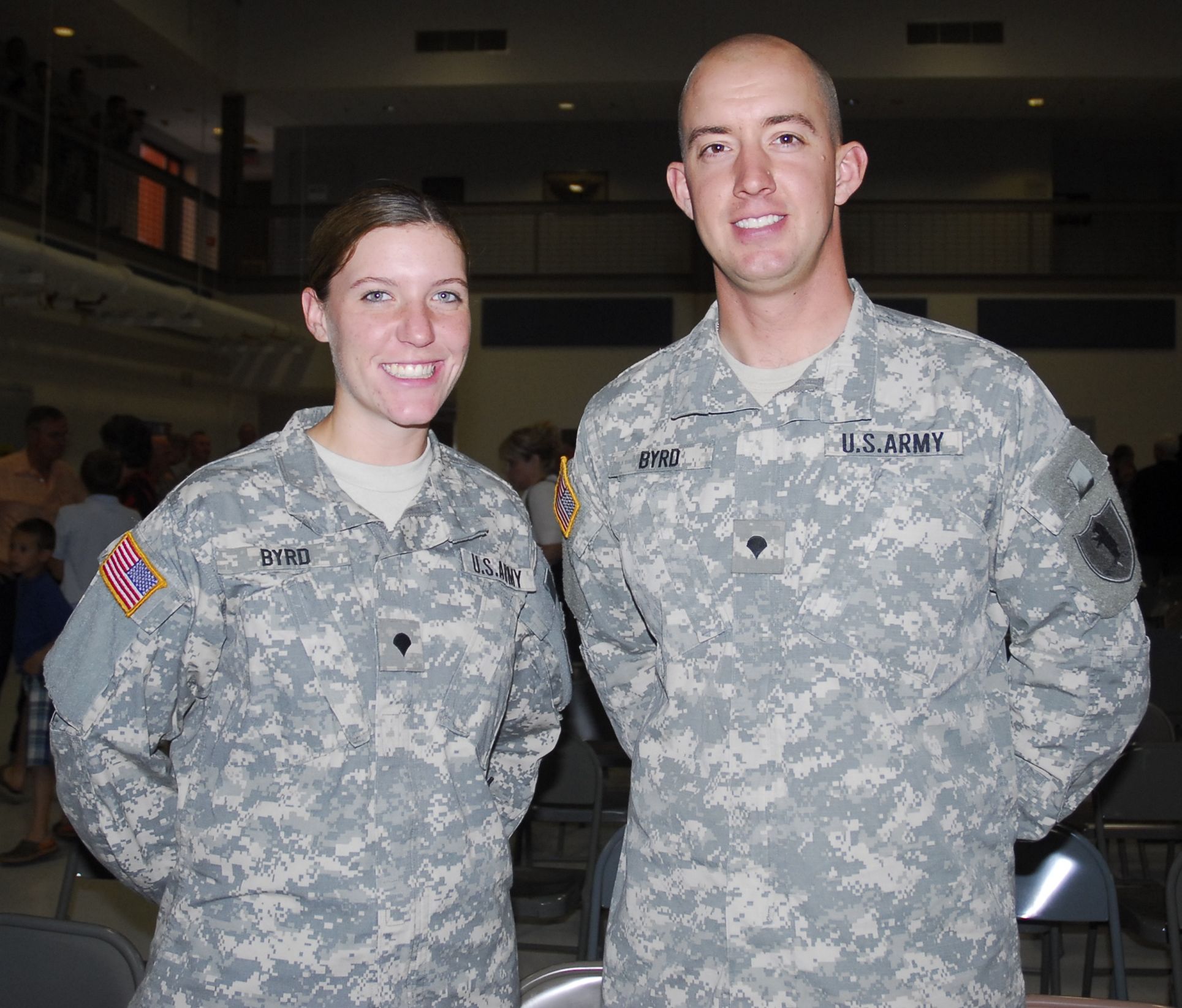 The Byrds say even though they’re serving in the Middle East together, they’ll still be leaving loved ones behind. They’re already prepared to check in with the moms as often as they can and have set up a Skype account to talk to their parents via video. However, they feel blessed, they say, to be able to go together.

They’re serving with the Missouri National Guard’s Agricultural Development Team to continue working with farmers in Afghanistan. The mission is to help them grow viable crops, build irrigation systems, store food and more so that farmers there no longer have to rely on growing poppies to support the illegal opium trade.

About 60 guardsmen are on this mission, which is headed to Camp Atterbury in Indiana for more training before flying out to the Nanghahar provence.

They were at a deployment ceremony as state dignitaries and families of the civilian soldiers gathered at at the Ike Skelton Training Center in Jefferson City.

They’re not sure yet how long they’ll be there. John says it’s supposed to be for 12 months but could be there longer, and he says the guard is always asking for volunteers to serve longer.

They say they met after enlisting in the military and were going to school in San Antonio. Jessica is from Indiana; John is from Michigan. The couple now lives in Springfield.

They say as a couple going to a war-torn country, their worries aren’t so different than civilian couples’.