College enrollment is up throughout Missouri, with some institutions posting record numbers. 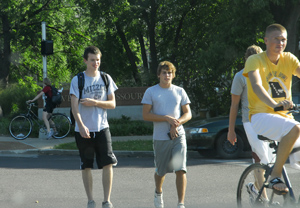 The University of Missouri is showing a record enrollment this yearwith more than 5,500 freshmen … that’s up nearly 600 from twoyears ago.

Stein says the reason behind the college enrollment boost is theflat economy. He says people who have lost their jobs are returning tothe classroom to retrain get new skills, others are diversifying andgetting multiple skills to protect themselves and looking to additionalavenues to be productive to the future economy. 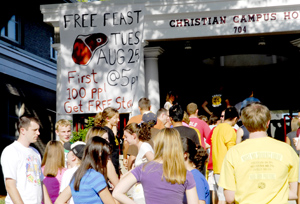 While most are reporting increases in enrollment this year, they’re also facing budget cuts over the past several years. Stein says it’s a nationwide problem. He says educational institutions have to find the balance betweenraising tuition rates to hold the line while not pricing students out.

Governor Nixon has asked the legislature to approve an $800 million bond for capital improvements at Missouri’s colleges anduniversities. Stein says capital needs on campuses and the state needsto find an ongoing and predictable source to fund them.