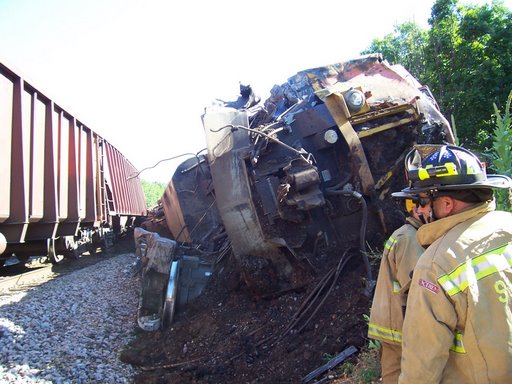 Laclede Electric had one service affected – to a railroad switch house in the area — which was completely destroyed when the rail engine struck the switch house. No other outages are reported.

For more pictures from the site, visit the Office of Emergency Management Web site .