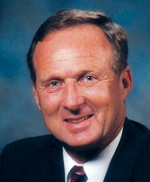 Former State Representative Jack Jackson (R-Wildwood) wants to return to the General Assembly. Jackson has announced he is running for the State Senate next year.

Jackson is running for the 26th Senate District seat, which includes Franklin and Warren Counties and parts of St. Louis County. The seat is currently held by Senator John Greisheimer of Washington who is term limited.

In 2008, Jackson announced his candidacy for Lieutenant Governor, but pulled out when Lieutenant Governor Peter Kinder – who was a candidate for Governor – opted to withdraw from that race and run for a second term. In 2006, Jackson unsuccessfully ran for the Republican nomination for State Auditor.