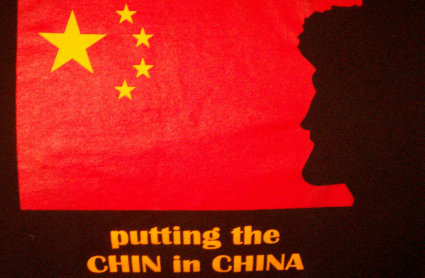 Former Mizzou wrestler Ben Askren now heading to the Olympics is selling T-shirts with the slogan "putting the Chin in China."

A pretty clever idea.  If you’ve seen his profile you know what I’m talking about.  You typically think of Ben’s wild curly hair, but his "Chin" T-shirts are on sale for $19.95.

If you want to plunk down the money for them, you can order them be going here .