You are here: Home / Archives for Washington Square Park

Legislation that would designate a memorial in Kansas City as the state’s official Korean War Veterans Memorial has been filed by a western Missouri lawmaker. 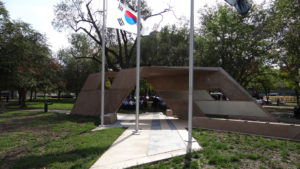 The memorial, which was dedicated in 2011, is located at Pershing and Main in Kansas City, in Washington Square Park.

The Kansas City Parks Department notes about 37,000 American soldiers died during the Korean War, including more than 900 Missourians. More than 100 of them lived in the Kansas City region.