(INDIANAPOLIS)—Takuma Sato beat Scott Dixon to win number two of the Indianapolis 500, finishing the race under caution after a bad mainstretch crash by Spencer Pigot with five laps left.  Both Dixon and Sato were racing to become two-time winners of the race and had started next to each other on the front row. Dixon dominated most of the race until Sato passed him with 27 laps to go. He thought Sato was likely to run out of fuel before the end but the five caution laps wiped out that possibility. 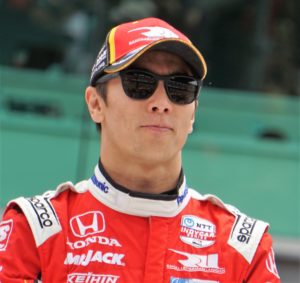 Sato is the 20th driver to win the 500 more than once.  He’s 43 and Dixon is 40, two of the oldest competitors on the track.  His victory under caution is the first under a yellow flag since Tony Kanaan’s win in 2013. He held off Dixon’s strongest attack with fifteen laps left when Dixon moved to the outside going into the first turn but could not complete the pass.. Sato still anticipated a final assault and Dixon anticipated making one until Pigot’s crash froze the field.

Dixon led 111 of the 200 laps and now ranks third on the all-time list of lap leaders in the 500. His finish was the third time he has been the runnerup in the race.

(NASCAR)—Kevin Harvick’s seventh NACAR Cup win of the year has locked him into the regular-season championship, moved him into a tie for ninth all-time among Cup series winners, and put him one win away from his career-best for wins in a season. Jimmie Johnson held off teammates William Byron and Alex Bowman to claim the other podium spot. 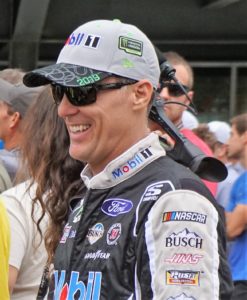 Harvick’s Sunday win at Dover also breaks a tie with Denny Hamlin, Saturday’s winner, for most victories this season. The two of them have won 13 of 25 races this year. Harvick got past Johnson after the last round of pit stops and finished three seconds ahead of Martin Truex, who finished second for the second straight race after going five straight races running third.

Harvick won eight races in 2018 but finished third in the championship playoffs, the second of three straight years he finished third at the end of the year.

Thirteen drivers have locked in positions for the ten-race playoff.  Clint Bowyer is fourteenth going into next week’s regular season finale at Daytona, 57 points above the cutoff line. He is not in a lock-in position although he would need a disastrous finish next weekend while those behind him have the kind of races they have not had all year to unseat him.

(FORMULA 1)—F1 drivers were off this week. Next week they’ll run the GP of Belgium.