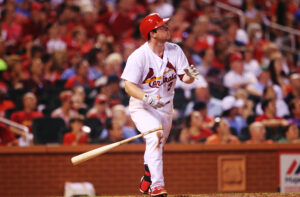 The Cardinals homered four times in the first three innings and cruised past the Padres 9-5 in San Diego.

Paul DeJong hit a three-run shot in the second inning followed by solo-homers from Harrison Bader, Marcell Ozuna, and Jedd Gyorko to make it 6-0 in the third.