Columbia officials note Denver International Airport is one of the top five connected hub airports in the nation. 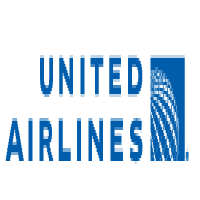 Mayor Brian Treece says United’s announcement about Denver and Chicago is great news for Columbia and the region.

“And we’re going to have a great day for that first inbound flight from Denver on August 2,” Treece says. “The FAA (Federal Aviation Administration) has given us a water cannon, we’ll have a little water salute and we’re having a ribbon-cutting on that first airplane coming in.”

“On August 2 we’ll have a direct flight from Denver International coming to Columbia,” says Treece. “That’s great news for the University of Missouri as well as the city of Columbia and the medical destination that I’ve been trying to create there with our world-class health care right in our own back yard.”

“We’ve got great physicians here, we’ve got a nuclear reactor that is one of its kind in North America and I really see this being catalytic for Columbia’s economy, but I also want it to be a regional asset,” Treece says.

Treece tells Missourinet about 20 percent of Columbia Regional passengers live in Jefferson City, adding that the airport attracts residents from towns like Fulton and Mexico as well.

American Airlines will continue to fly from Columbia, with daily non-stop flights to Dallas and Chicago.

Treece notes Veterans United and Learfield (the parent company of Missourinet) have offices in the Dallas area.

Veterans United spokeswoman Lauren Whitney-Karr tells Missourinet that VU has more than 60 employees at their Irving office. The Learfield office is in Plano.

And starting on Wednesday August 2, there will be four early-morning flights leaving COU within a one-hour window. Travelers are urged to give themselves extra time.