A consumer group has attacked one of the many proposals in the state legislature to restrict liability lawsuits. 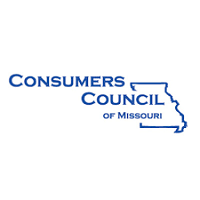 The Consumers Council of Missouri contends a measure going to the Senate floor Monday would harm citizens by weakening the state’s Merchandising Practices Act, or MPA.

The group says the proposal eliminates the act’s oversight of practices regulated by federal and state agencies, limits consumers’ rights to sue and places barriers on class action law suits.

The group says the measure would weaken consumers’ ability to fight against wrongful acts such as improper home foreclosures and vehicle repossessions well as false credit reporting.

The proposal, known as Senate Bill 5, is sponsored Republican Ron Richard of Joplin, who as the Senate President Pro Tem is the highest ranking member of the chamber.  He, along with almost all GOP lawmakers in Jefferson City, are backing a slew of bills moving through the legislature designed to limit liability lawsuits.

The party is propelled by the fact that the state’s new governor, Eric Greitens, is also a Republican.  Greitens has also made loosening regulations on businesses a top priority.  Former Democratic head of state Jay Nixon had been a reliable opponent of efforts to restrict liability cases, and had vetoed numerous pieces of such legislation.

Spencer contends the state already does a poor job of regulating many industries, and thinks Senate Bill 5 will prevent citizens from holding businesses accountable.

“The regulations over those businesses is negligible” said Spencer.  “We all know that we don’t really regulate pay day lending here very well in the state of Missouri, and they regularly take advantage of 11 percent of Missouri residents annually.”

Spencer says Missouri’s maximum allowable interest rate of 75 percent on a two week loan is five-times that of any surrounding state.  She claims pay day lenders can charge 500 percent annually on a $200 loan which could spiral into thousands of dollars quickly.

The Consumers Council is also dismissive of claims by the bill’s supporters that frivolous lawsuits are weighing down businesses with needless lawsuits.  “The largest number of MPA cases filed in any recent year was less than 100″ said Spencer.  We’re talking 53 statewide in 2010.  That was the peak of these quote, unquote frivolous lawsuits.  Meanwhile, on the other side, corrupt businesses are filing cases in the thousands in Missouri.”

Spencer pointed to Midland Funding LLC, a third party debt collector, as a business which has flooded the court system with 5,000 cases in the last year.  On its website, the company says it “purchases accounts with an unpaid balance where consumers have gone at least 180 days without making a payment, or paid less than the minimum monthly payment”.

Senate Bill 5’s supporters say it, along with the other proposals to limit liability claims, will reign in frivolous lawsuits and burdensome regulations.  They say the legislation will promote business opportunity and job growth.