The head of a non-profit group focused on poverty is criticizing complaints made against Republican Governor Eric Greitens recent budget restrictions. 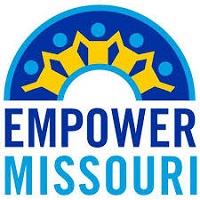 The former Democratic state lawmaker from St. Louis  says the blame for the shortfall lies with taxpayers and the legislature which have failed to allow changes to the state’s outdated tax structure.  “We are taxed wrongly” said Oxford.  “It is an outdated, unfair and inadequate revenue system that constantly forces our governor to do withholds of things that are absolute essentials.”

One of the problems according to Oxford is the top income tax bracket which starts at $9,000 and hasn’t been changed since 1931.  She claims the figure would be equal to $126,000 in 1931 dollars.  “That means almost all of us that make any money, whether we’re zillionaires or cutting hair at Great Clips, pay the top tax bracket in our state because we have not bothered to update it.”

Another problem according to Oxford is a law passed by voters known as the Hancock Amendment.  In 1980, the public approved the measure which calls for taxpayer refunds if collections exceed 5.64 percent of Missourians’ personal income.

Voters also passed a 1996 update to the amendment which requires most revenue producing proposals to be placed on a public ballot.  Oxford notes the state is now almost $4 billion below the level at which taxpayer refunds would be triggered.

“We are not putting in adequate elbow grease to take care of own state’s needs when we get that far out of whack that we’re $4 billion below the cap that we set on how much we should tax people.”

The figure, which is actually $3.76 billion, is based on a state audit of the Hancock Amendment in 2016.

Oxford claims this arrangement mostly benefits the top 40 percent of wage earners and cost the state almost $600 million in revenues in the most recent year in which data on it is available.

She thinks lawmakers have further weakened tax policy by passing roughly $1 billion in tax cuts over the past 15 years.

Oxford also doesn’t think citizens have taken a realistic view of the issue.  “Many citizens have an attitude that they should pay no taxes.  But on the other hand, they want robust services.  You can’t really have both things.  Unless we invest in the common good, there is no common good in which we can all take some comfort.”

Republicans in the legislature blame the budget problems on the spiraling cost of programs such as Medicaid.

They’ve introduced proposals aimed at reigning in the cost of the federal program.  One sponsored by Senator David Sater of Cassville seeks to introduce requirements for Medicaid recipients to be responsible for co-pays and premium payments, among others things.

The measure could receive favorable treatment in the GOP dominated state legislature.