St. Louis began its pride week by becoming the third city in the nation to raise a transgender flag, after Philadelphia and Boston. 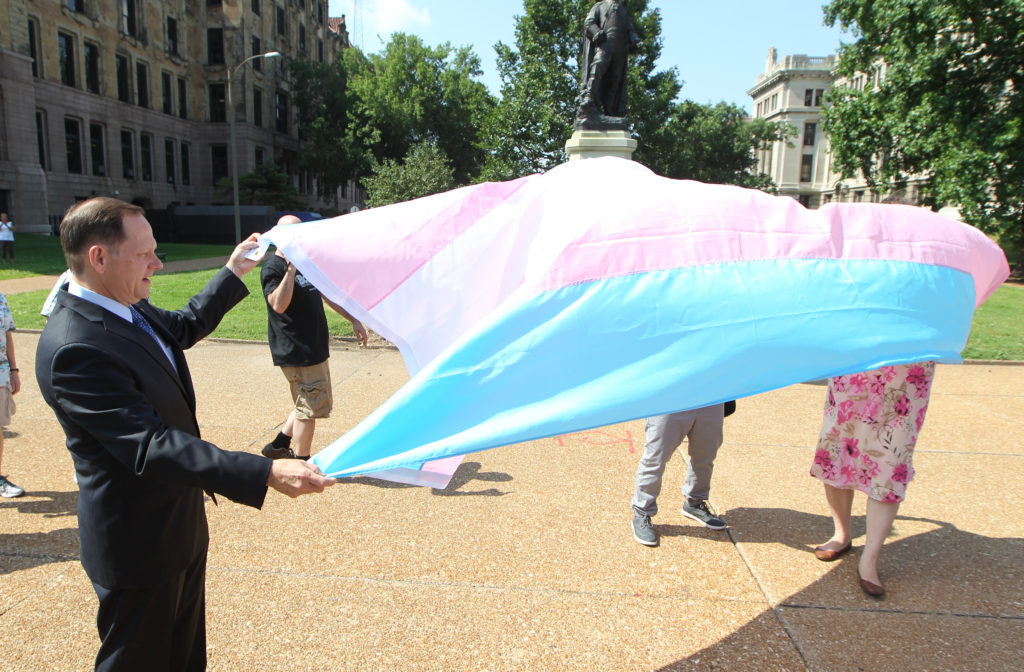 The raising of the pink, white, and light blue flag was requested by advocacy groups PROMO and the Metro Trans Umbrella Group to draw attention to violence against transgender people.