You are here: Home / Agriculture / President vetoes Missouri Senator’s proposal that would end “Waters of the U.S.” rule

President Obama has vetoed what would have overturned the EPA’s rule known as the Waters of the U.S. Senator Roy Blunt (R-Missouri) co-sponsored the legislation and says the EPA will have authority over nearly 100% of every body of water in the country. 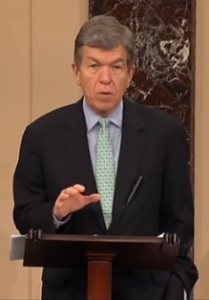 “For local businesses, the WOTUS rule will mean added costs and more bureaucratic hurdles to new construction and economic development. Dozens of mayors and local officials are concerned that even routine municipal maintenance, especially on storm water structures, would now require new permits. And, Missouri farmers have told me the new rule will be ‘devastating,’ and cause ‘total gridlock.’”

In comments submitted to both the EPA and the U.S Army Corps of Engineers, the Small Business Administration argues that the rule “will have a direct and potentially costly impact on small businesses.” According to agency, the rule will increase permitting costs by as much as $52 million and environmental mitigation costs by more than $113 million annually.

Supporters of the rule say it would protect streams and wetlands from pollution by more clearly defining which waters are protected.

A federal judge blocked last year allowing the rule to be used in thirteen states, including Missouri.