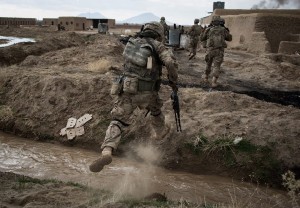 The jobs will be largely in the military police and transportation sectors and will be located in Columbia, Lebanon, Farmington, Fredericktown and the St. Louis area. Col. David Boyle said the new jobs are expected to create an annual $2 million impact on each of the communities they are in.

Boyle said the transportation and military police positions were chosen partly because they will help soldiers in the long run.

“When we looked at transportation and military police, we looked at those as directly converting into and relating to civilian economies and civilian sectors so that our soldiers could not only come in and perform those jobs in the military, but it would give them a leg up getting into civilian careers,” said Boyle.

Boyle also said the positions are essential to serve Missouri and the country.

“If a domestic crisis were to happen, we need to get transportation assets, personnel and supplies moved. Its military police assets that need to get out there and help secure locations, help protect the people and support law enforcement. These are assets that are multi-functional,” said Boyle.

Boyle feels confident all positions will be filled because he says Missourians have a Midwest willingness to serve.

“The National Guard Bureau is recognizing that Missouri is one of the top National Guards in the nation. We fill our units, we make our units ready and available for call-up for both for state and federal emergencies. They’re recognizing that and that’s part of the reason that Missouri has been authorized to receive these units,” said Boyle. “It is not going to stop with these additional units. There is a grand debate going on in the National Guard community across the nation right now. Some of the senior leadership is having to look at, some states are able to perform and fill positions and some are struggling with that. Where they don’t have the right size National Guard in each state, they may have to pull some units from there and send them to places like Missouri.”