You are here: Home / Archives for William Woods 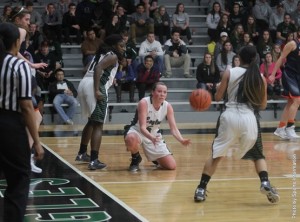 The Columbia College women’s basketball team, who is ranked No. 12 in the final 2015-16 NAIA Division I Women’s Basketball Coaches’ Top 25 Poll, received an at large bid and will face 22nd-ranked Baker University on Wednesday. The Cougars are making their 12th overall appearance to the national tournament.

Columbia defeated Baker earlier this season, 66-55, on Nov. 28 on the Wildcats’ home floor.

This season, Central Methodist has been ranked in the Top 25 for the majority of the season and are currently ranked 13th in the Nation. CMU sports a 26-4 record and finished 20-2 in conference play. The Lady Eagles clinched their first regular season conference title since 1997.  The 13th ranked Lady Eagles will face Great Falls, Montana on the 17th.

The Park University men’s basketball team will be downtown next week, as one of 32 qualifiers for the 2016 Buffalo Funds-NAIA Division I Men’s Basketball National Championship at Municipal Auditorium.   At No. 20 in the NAIA Division I Men’s Basketball Coaches’ Top 25 Poll, the Pirates (20-9) received an at-large bid to the tournament, taking on No. 14 Mid-America Christian University (23-9) Wednesday at 3 p.m., which enters the tournament as an at-large from the Sooner Athletic Conference.

The winner of Wednesday’s game against MACU will meet the winner of top seed Biola University and eighth-seeded Faulkner University in Friday’s second round at 10:45 a.m.

The 7th-ranked Columbia men’s basketball team will face LSU Shreveport (RV) on Wednesday, March 16th at 8:45 p.m.  The Cougars are the No. 2 seed in the Naismith bracket while LSUS is the No. 7 seed.  The Cougars (28-5) will be making their sixth straight appearance to the national championship and 20th overall after winning the American Midwest Conference (AMC) tournament championship over William Woods University on Monday evening. 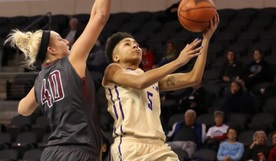 A long three-pointer by Shamon Pearson with 2.9 seconds remaining helped No. 2 Bethel (Tenn.) sneak past No. 7 William Woods (Mo.), 62-61, after blowing a 22-point second half lead. Tayla Foster’s 18 first half points helped the Lady Wildcats to a 16-point halftime lead of 38-22.

The Lady Wildcats, particularly Foster, were unstoppable in the first 20 minutes. The senior forward led all scorers with 18 first-half points. Foster had seven rebounds and was 6-for-19 from the floor, including launching 13 three-pointers, making three.  At the end of the first half, William Woods had 22 points, outscoring Foster by only four.

The tide turned mid-way through the second half thanks to the Owls forcing turnovers and grabbing defensive rebounds as they managed to tie the game at 53-53 with just under four minutes to play.  In fact, the Owls went up by three with 2:24 to play, and led by two Kelsey Scherder drained a deep three-pointer to get her team back ahead, 61-59.  On the next possession by Bethel, an offensive rebound led to a shot from the corner for the win.

Williams Woods ends the season with a 23-9 record. Blake French led all Owls with 18 points on the night. 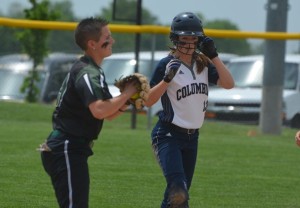 The Eagles advance to the semifinals of the Columbia Bracket to face No. 1-seed LSU Alexandria (La.), ranked second in the nation, on Tuesday at 11 a.m. CT at Black Field at Cosmopolitan Park’s Antimi Sports Complex.

The Eagles have won 10-straight games, their third win streak of double-digit contests this season, and 15-straight road games.

Elsewhere, working around over two and a half hours of rain delays, the No. 19 Owls of William Woods University (Mo.) and No. 22 Davenport Panthers (Mich.) met in the opening game in the Grand Rapids, MI bracket. The host Panthers (37-8) went on to win game 4-2. William Woods will face Huntington in a matchup Tuesday at 3 p.m. in an elimination game.

The William Woods University baseball team lost to 6th-ranked LSU-Shreveport in the 2011 NAIA Baseball National Championship Opening Round Thursday evening. The Pilots defeated the Owls 10-5. Earlier in the day, the Owls defeated Huntington University (Ind.) 7-1. The tournament is taking place on the campus of Auburn University-Montgomery.

END_OF_DOCUMENT_TOKEN_TO_BE_REPLACED

William Woods’ Logan Lawson struck out eight in a complete-game victory and Matt Thomas and Blake Wilson drove in a pair of runs to lead the Owls to a 7-1 win over Huntington in 2011 NAIA National Championship Opening Round Tournament on Thursday at the AUM Baseball Complex.