You are here: Home / Archives for Western Missouri Correctional Center

In 2019, Gov. Mike Parson closed a prison in northwest Missouri’s Cameron. Most staff and inmates transferred to the other prison in town – Western Missouri Correctional Center. Now, Parson wants to reopen the Crossroads Correctional Center and turn it into a training academy for correctional officers. 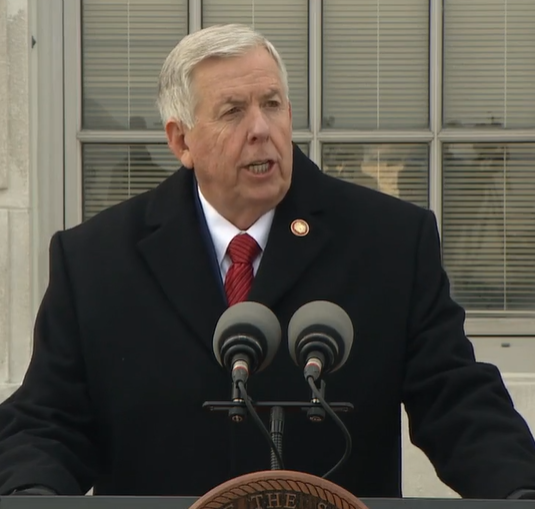 During a House Budget Committee hearing, Trevor Foley with the state Department of Corrections, says the officers would have a better sense of the surroundings they would be in.

“Currently, all of our institutional staff receive their training in a classroom setting,” says Foley. “We believe that we can improve the quality of our training by training them in an environment that looks like the one they’re going to be working in. You’d be able to learn how to do a cell search or a cell extraction from an actual cell.”

“The idea is to give the officers basically a real setting experience, so that when they do find themselves faced with this, they will know not only what to do but have some sense of the surroundings they’ll be operating in. For whatever it’s worth, I have to tell you I think this is an excellent use of any of our surplus,” says Roberts.

The proposal is part of the governor’s $34.1 billion budget proposal for the fiscal year beginning in July.

Foley thinks the return on investment would be net positive within five years.

“A significant portion of the expenses of our training operations are lodging for staff that have to go to one of our three regional centers. We believe that by converting one of the housing units at the facility to residential space, the trainings will be able to stay on site and that will significantly reduce our lodging costs,” says Foley.

The Missouri prison system’s construction crew would make the renovations.

“Historically, retention has been a problem. That is why the department had our retention pay plan two years. What we have really seen in the last year has been a significant struggle in recruiting new people into the class. So, this is designed to move the entry level salaries up to aid in recruitment,” says Foley.

The fiscal plan would give an additional 2% pay increase for three cook classes and an extra 3% salary boost for three custody classes, beginning next January.

After two years in the making, a group of more than one dozen inmates at the prison in northwest Missouri’s Cameron has finished putting together a hot rod from the ground up. The souped-up beast will be competing among roughly 200 to 300 others this Sunday at a car show in nearby Pattonsburg. 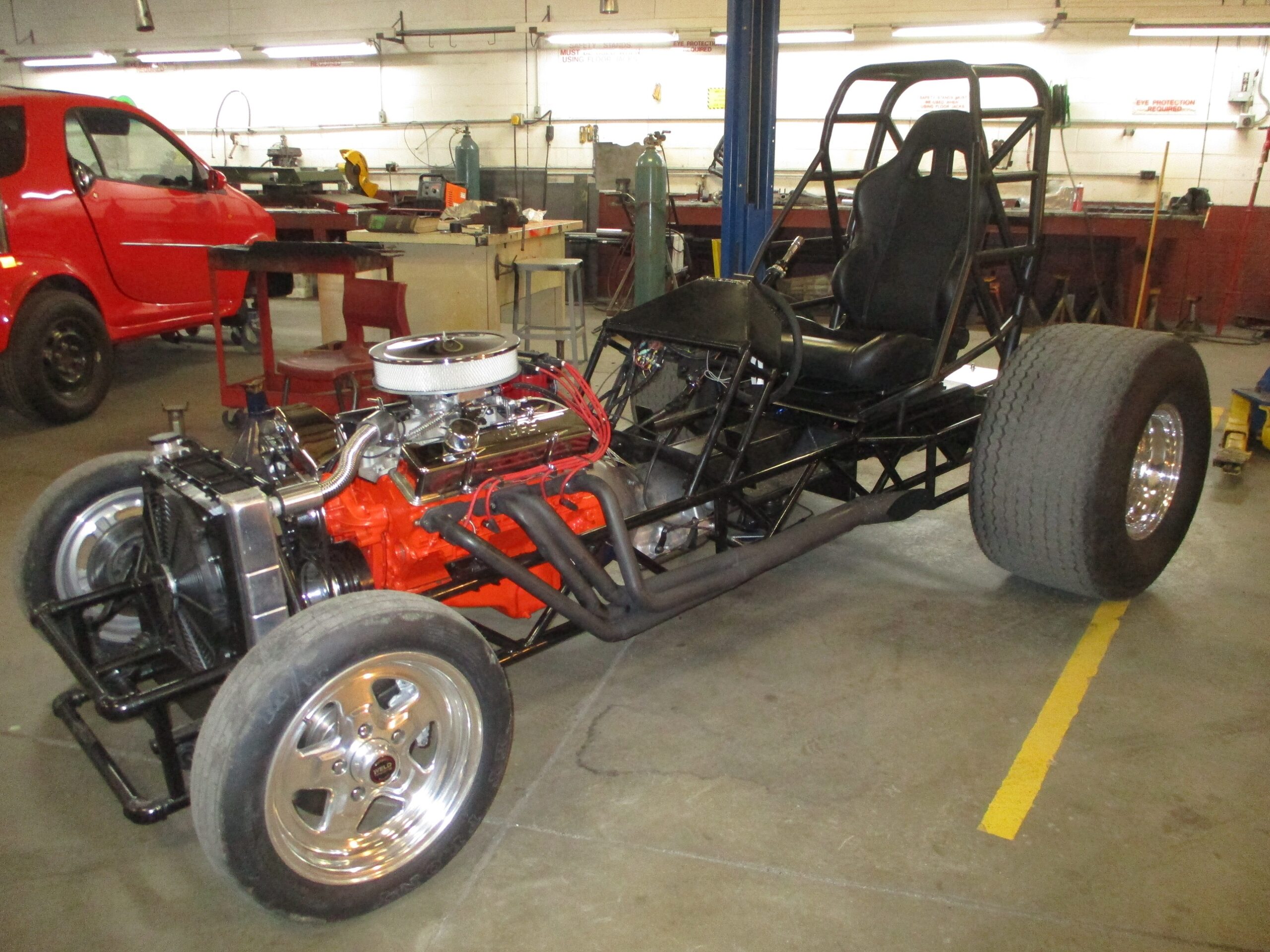 The main pieces of the rod, like the engine and transmission, were purchased. Other pieces, such as the frame, spindles, cage, dash, fuel lines and wiring are all hand made. Funding for the project is not from taxpayers but instead from prisoner canteen sales, where they can buy things like soda, candy and soap.

Brad Barker, a student and tutor in the class at Western Missouri Correctional Center, has pieced together several stock cars and derby cars over the years. He says the hot rod has helped to drive up enrollment within the prison’s automotive class.

“We needed something to catch their eye. So, that really helped with attendance and enrollment,” Barker tells Missourinet.

Missouri Department of Corrections automotive instructor Kelly Hughes tells Missourinet the car is a conversation starter and an educational piece for future students.

“It’s pretty loud,” he says. “You can feel it and it’s pretty fast. It’ll put you back in the seat – we call it the scare chair. You get off of it, your hands shake from the adrenalin.”

Hughes says he wanted to show the public what the prisoners can do.

“Plus, we wanted something fun to do at the same time,” he says. “I like building hot rods – I’m not much into working on the ma and pa stuff. So, this really fit in. And I’ve never built one from the ground up before. So, this is kind of neat and a little confidence builder for myself. I’ve learned a lot off of it all.”

The department also has automotive classes for prisoners in northeastern Missouri’s Bowling Green and Algoa Correctional Center in Jefferson City. Chris Farmer with the Missouri Department of Corrections says the programs have many of the modern technologies that an automotive shop has down the street. 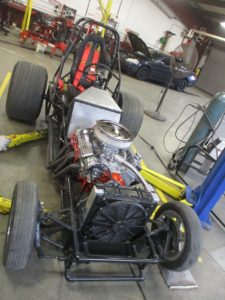 They last about 3-4 months.

“It’s kind of the scratch of the surface for automotive programs, but it gives them some skills to go out there and get that first job. And then, of course, once they get that job, they will continue their education in auto mechanics. We try to educate as many offenders in these programs as we can. They are very popular. There’s typically a waiting list. We try to get as many offenders in them as we can and get those guys trained up,” says Farmer.

He says the waiting lists could have numbers of names on them.

Farmer says the hot rod project has fueled excitement within the entire system.

“It’s great advertising for the other offenders that maybe thinking about what they need to learn while they are here. It’s kind of like, ‘Oh, there’s a hot rod. I want to get my hands on that.’ It kind of helps draw guys into the class. These guys – they are going to get out of prison,” says Farmer. “They are going to come and move in our neighborhoods – it’s about 97/98%. We definitely want them trained, so that when they come back into our neighborhoods, they have the job skills they need to succeed.”

Barker says he has also learned a lot from the project and plans to put his skills to work when he gets released in one month.

“I’ll probably go into the industrial maintenance field – probably do some subcontracting. I was a locomotive technician before I got locked up,” he says.

The prison is in the midst of building another hot rod – this time a Chevy Colorado pickup version.

“It’s going to be more like what you would see on Street Outlaws,” says Barker. “It’s just going to be a little hot rod – a little pickup. But it gives the guys a chance to learn how to wire and tune and do different things on these newer vehicles and still make a hot rod out of it and keep them interested.”