You are here: Home / Archives for Uniroyal

Missouri University of Science and Technology in southern Missouri’s Rolla has had a big week. The school has announced that alumnus Bipin Doshi and his wife, Linda, have donated $10 million to the university. In a press release, the university says the gift is the largest individual donation to an academic program in school history. 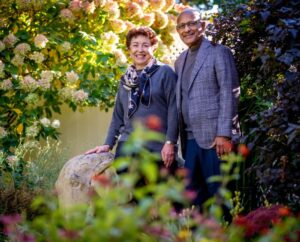 The donation will go to the Department of Chemical and Biochemical Engineering to do the following:

*Create an endowment, which will name the department and provide funding for an endowed chair to be held by the department chair and two professorships in support of faculty members.

*The endowment will eventually support additional departmental needs including the buying of technology and upgrades, fellowships, and accelerating research.

Doshi is the retired chairman, president and CEO of Schafer Industries, a group of manufacturing companies based in South Bend, Indiana. He earned his bachelor of science and master of science degrees in chemical engineering from Missouri S&T. Doshi launched his career as a research engineer with U.S. Rubber Co., later Uniroyal, and was a vice president when he left the company after 25 years of service to purchase Schafer Gear Works, now Schafer Industries.

On Monday, the school announced that St. Louis businessman Fred Kummer and his wife, June, donated $300 million to a foundation supporting the university – the largest single donation in the history of Missouri higher education.

Missouri S&T is a STEM-focused research university of 7,600 students and part of the four-campus University of Missouri System.