You are here: Home / Archives for U.S. Rep.-Elect Cori Bush 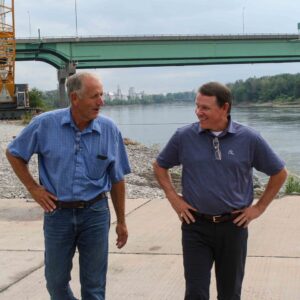 Graves, the ranking Republican on the U.S. House Transportation Committee, tells Missourinet that it’s humbling to be re-elected.

His top priority is getting the economy open again.

“We have businesses and small businesses that are literally going broke because of what the government has done. And we have to get this economy going again and we got to get people back on their feet,” says Graves.

He’s also focusing on agriculture. He notes there are fewer and fewer farmers in the Congress.

Graves is the new dean of Missouri’s congressional delegation, after U.S. Rep. Lacy Clay, D-St. Louis, was defeated in the August primary by Cori Bush. Ms. Bush was elected to Congress on Tuesday, becoming the first African-American female to represent the state in Congress.

Graves and Clay had been the co-deans of the delegation. Both were elected to Congress in 2000.