You are here: Home / Archives for U.S. Marshals

The U.S. Marshals have announced that they’ve captured a southern Missouri man accused of threatening to kill Wright County Sheriff Sonny Byerley, a judge and their family members. 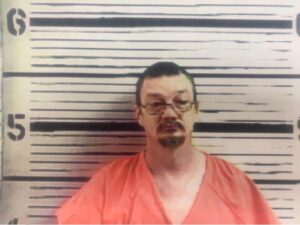 50-year-old Lonnie Richardson has been captured by the U.S. Marshals and by Laclede County Sheriff’s deputies near Lebanon (February 2021 photo courtesy of the Wright County Sheriff’s Facebook page)

Richardson is from Hartville, which is about an hour east of Springfield. Online court records show he’s charged with three felonies in Wright County: second degree terrorist threat and two counts of tampering with a judicial officer. The alleged incidents happened on Thursday. The Marshals Office in Springfield say the threats prompted a multi-agency law enforcement effort to protect the sheriff, judge and family members.

The Wright County court has ordered that Richardson be jailed without bond, describing him as “a danger to the alleged victims, law enforcement and community.”

“Richardson threatened to kill public officials and their families. His reckless behavior threatened to tear the fabric of our criminal justice system. If you act in this lawless way, the U.S. Marshals will find you and bring you to justice,” U.S. Marshal Mark James of Missouri’s Western District says, in a written statement.

A Facebook post from the Wright County Sheriff’s office says Richardson also made a death threat toward a local police officer.

The importance of safety for judges and court officials was emphasized by Missouri Supreme Court Chief Justice George Draper III, during last week’s State of the Judiciary Address.

“Our (court) security staff needs additional training and more standardized compensation. Our judges need to ensure their privacy can be protected, and, in my opinion, we need to be able to use witness protection services funds to protect judges and their families against credible threats of violence,” Justice Draper said, during last week’s address. 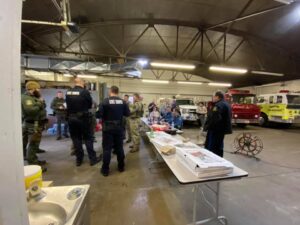 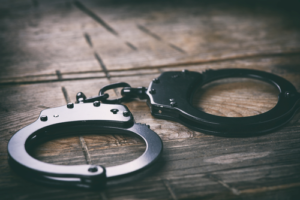 On October 2, a federal grand jury in the Western District of Missouri indicted Adam Ray Lee of Aurora for enticing a minor to engage in sexually explicit conduct for the purpose of producing child pornography. The indictment accused Lee of driving to Kentucky in June, to meet with a 15-year-old girl he met online. Lee is further accused of driving the juvenile to Aurora and then molesting her.

On September 6, James Maggard and Wanda Maggard, Donnie Willis, and David Arnold were charged in Lawrence County with multiple crimes including 1st Degree Rape and Kidnapping or Conspiracy to Commit Rape. The charges against them stemmed from an August 21 assault of a woman near Everton. All were charged with drugging, kidnapping, raping, and conspiring to rape the 20-year-old victim of this attack.

U.S. Marshals began the hunt for these fugitives in early October and caught each over the course of the month. The Lawrence County Sheriff’s Office investigated the criminal case against these fugitives.

U.S. Marshal Mark James of the Western District of Missouri praised the efforts of the detectives serving as Special Deputy U.S. Marshals from the Springfield and Joplin Police Departments and Greene and Christian County Sheriff Departments.

“This is a team effort and we have a very strong team,” James said in a press release. “These offenders prey upon the most vulnerable members of our community. If you hurt a child, this task force will find you and bring you to justice, no matter where you try and hide.”

Since January, U.S. Marshals have arrested over 8,700 sex offenders across the country.

Submit tips on fugitives directly and anonymously to the U.S. Marshals Service by downloading the USMS Tips app to your Apple or Android device, or online at: