You are here: Home / Archives for transportation tax

A Cole County judge has dismissed lawsuits challenging two issues on the August ballot, saying the deadline has passed for a court change to the ballot language of those issues as plaintiffs had hoped.

Judge Jon Beetem also found that the summary statements of both measures and the fiscal note of the transportation tax issue were fair and sufficient.

Both issues were the result of resolutions passed by the state legislature and attorneys in both cases had argued the ballot language offered by the general assembly didn’t adequately explain the issues.

Attorney Khristine A. Heisinger represents the plaintiffs in the case against the ballot language of Constitutional Amendment 5.  She has filed an appeal to the judge’s ruling arguing that he was in error in determining that the language was fair and sufficient and that the matter was moot.

An attorney representing the plaintiffs on the transportation tax issue was not available for comment.

The Transportation Department will release at noon Friday its draft list of projects that would be slated for completion if voters approve a tax increase in August. 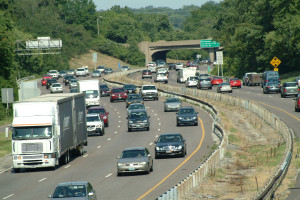 The draft list will have the projects that the Highways and Transportation Commission would make sure are completed if voters approve the three-quarters of one cent increase. That list will be the subject of a series of public hearings, and projects could be added or removed before it is made final.

See the list of projects when it is posted at noon, and of dates of public hearings

Co-Chairman Bill McKenna with Missourians for Safe Transportation and New Jobs says that list will be limited by what money is expected to be available.

“The Commission doesn’t want to put something on the list that it won’t deliver over this ten-year period,” says McKenna. He says it has good incentive not to let any projects that make the final list go unfinished.

“Because it’s a temporary tax – at the end of ten years it’s gone – there’ll be an effort to extend it. So if MODOT doesn’t do what they say they’re going to do the chance of that being extended is probably pretty small,” says McKenna. “It’s kind of an extra guarantee to the voters that … you give MODOT this much money, this is what you’ll get in return.”

What the proposal is projected to give the Missouri Department of Transportation is an estimated $5.4-billion dollars over ten years. 90-percent of that will go to state transportation projects, with the remainder going to cities and counties for transportation projects. Those would not be limited to road and bridge projects, but would also include, “urban and rural transit, friendlier bike and pedestrian accommodations, improvements in rail, ports and airports,” as the Department’s website puts it.

The issue could have been awaiting voters in November but Governor Jay Nixon (D) acted on his option to move it to August. That put pressure on the Department to get a list ready so that voters can see what they will be asked to consider. McKenna says it wasn’t too much pressure, however.

“This isn’t something that just came out of the blue when the (legislative) session ended,” says McKenna. “MODOT and their planning partners have been working on this for many years … and I think they were probably ahead of the curve.”

McKenna thinks even people who don’t see local projects they want passed on that list could find reason to support the tax. He says, “I know that I have stuff here in (my home) county that’s not going to get on it, but I know that the things that are ahead of it, if they get taken care of, then mine moves up the list as well.”

McKenna cautions voters that no project is guaranteed to be on the final list.

“I don’t think there’s any safe bets, but we’ll know what the safe bets are by the end of this month,” McKenna says. “That will still give the voters plenty of time to look at it and make their decisions.”

The Commission is anticipated to vote on finalizing a list at its meeting later this month.

The Majority Floor Leader in the House says the chamber’s Democrats have already had what they say they want, before they will vote for a transportation sales tax increase. 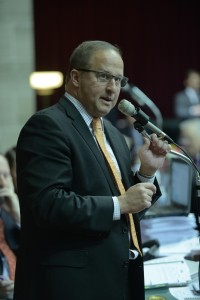 House Minority Leader Jake Hummel (D-St. Louis) told Missourinet that his caucus wants a vote on Medicaid expansion before any of its members would vote on the proposed three-quarters-of-one-cent sales tax increase to support transportation.

Democrat support is expected to be needed in order for the transportation tax proposal to pass.

Representative John Diehl (R-Town and Country) says they’ve already had one, during debate on the budget.

“We allowed the Democrats to offer a Medicaid expansion amendment,” says Diehl. That amendment was offered during debate of the Department of Social Services budget. It was defeated 50-98.

Diehl did not say whether that legislation would be brought to a vote in this final week of the session. The Senate changed the bill to the three-quarters-of-one-cent proposal from the one-cent proposal that the House previously passed. The House has not officially acknowledged the Senate vote.

Of the possibility of the House holding a vote on Medicaid expansion to meet Democrats’ demands, Diehl says he, “can’t see that happening.”

Whether to ask Missouri voters to pass a one-cent sales tax for transportation for ten years is now in the hands of the state Senate. The House has approved its version of that proposal.

The Senate could send that measure to voters in November.

Some lawmakers who spoke ahead of Wednesday’s vote described themselves as reluctant supporters. Representative Bill Otto (D-St. Charles) says he would have preferred to find another funding mechanism, but he favored letting voters decide whether this is the way to support transportation.

The tax would generate an estimated $800-million annually for maintenance and construction of roads, bridges and other transportation needs including aviation, ports and cycling infrastructure.

Backers say the money is needed to support the Missouri Department of Transportation, whose Director has said its budget by 2017 might not be enough to maintain existing infrastructure.

Many who opposed the bill don’t dispute that point, but want the state to find another way to cover transportation needs. Representative Jon Carpenter (D-Kansas City) had offered a counter-proposal that was rejected, to fund transportation through an increased gas tax.