You are here: Home / Archives for The Missouri Economic Research and Information Center

Wages are on the rise in St. Joseph. Buchanan County in northwest Missouri now ranks 9th among Missouri’s 114 counties plus the city of St. Louis in wages, rising 30% over the past 10 years. 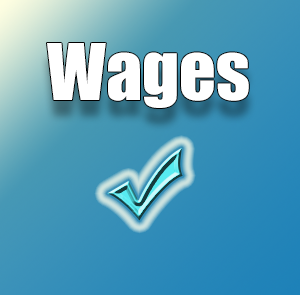 “Certainly, in the last five years that has just simply not been the case, what we find is that many of our companies are paying at or more even in some cases than Kansas City,” Lilly tells St. Joseph affiliate KFEQ. “So, we’re no longer known as a cheap labor town.”

Lilly credits a recent influx of high-skill labor jobs as well as positions requiring college degrees for the increase in wages. Manufacturing and production jobs make up more than 20% of the greater St. Joseph area workforce.

The Missouri Economic Research and Information Center reports Buchanan County ranks 9th among Missouri counties in wages with an average annual salary of $45,012. Most of the counties which rank higher than Buchanan are those surrounding the two Missouri urban centers of St. Louis and Kansas City.

The 30% growth in Buchanan County wages the past decade exceeded the national average of 23% and the state average of 24%.

“Just gives us a bit of a barometer in terms not only of how we’re doing from a local economy standpoint, but just the wage rates in St. Joseph,” according to Lilly. “I think there has always been this mantra that there are no good jobs or jobs that don’t pay well, but certainly the statistics don’t support that. The truth is, we have good-paying jobs in St. Joseph.”

Lilly says the report confirms what the chamber has been observing.