You are here: Home / Archives for Teresa Montseny 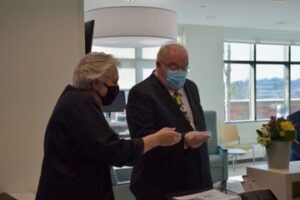 In-person and written testimony will be accepted Thursday morning at 8. House Special Committee on Redistricting Chairman Rep. Dan Shaul (R-Imperial) says the committee wants information from residents about the district’s characteristics, including things that make it good and bad.

U.S. Rep. Billy Long (R-Springfield) has represented the district since 2011. Long is now in his sixth term on Capitol Hill.

The district hasn’t sent a Democrat to Washington since the late Congressman Charlie Brown, who served two terms from 1957-1960.

Agriculture and transportation are major issues in the district, which includes I-44. The district has also been impacted over the years by flooding and by numerous tornadoes, including the deadly Joplin tornado in 2011. The EF-5 tornado killed 162 people.