You are here: Home / Archives for taxis

Missouri state troopers will be visible on highways Tuesday and Wednesday for both New Year’s Eve and New Year’s Day traffic enforcement. 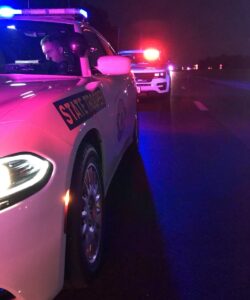 “We have a zero tolerance so we’ll have troopers and our other law enforcement partners out there arresting those impaired drivers, to make sure that everyone gets to their destination safely,” Stosberg says.

“We’ll have troopers working all over, especially those areas that are known for a high number of impaired driving crashes and incidents,” says Stosberg.

This year’s counting period is 30-hours, because New Year’s Day is a Wednesday.

Lt. Stosberg encourages anyone who drinks alcohol to use a designated driver or to use a taxi or ride share service.

Troopers are also assisting motorists who run out of gas or need assistance for things like a flat tire. Anyone who faces a traffic emergency should call *55 on their cell phone.

Click here to listen to the full interview between Missourinet’s Brian Hauswirth and Missouri State Highway Patrol Lieutenant Collin Stosberg, which was recorded on December 27, 2019: