You are here: Home / Archives for Super Bowl

A Missouri University of Science and Technology study says when a NFL team wins the Super Bowl, the team’s metro area also scores a financial victory. The Kansas City Chiefs play the San Francisco 49ers in the Super Bowl on February 2. 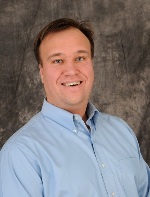 Economics Professor Dr. Michael Davis says on average, NFL teams with 10 or 11 wins in the season will fuel about a $100 additional income per person.

“Which may not sound like a lot but $100 spread over millions of people is quite a bit of money,” he says. “What we’re looking at is the more general impact of people going to business that have nothing to do with the sports team. So nothing to do with the Chiefs, just a company that is headquartered in Kansas City is going to have a lot of Chiefs fans as employees.”

His analysis covers decades of data going back to 1969.

“If the local football team does well, you are happier,” says Davis. “Therefore, that happiness will then translate into either you being more productive at work – you go in on Monday, your team having won and you do a lot better job – or you consume more.”

Davis says his study does not consider hungover fans the day after a game. 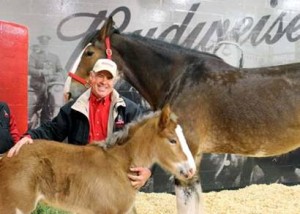 Hope was the winning name, beating out Landslide (after the Fleetwood Mac song in the commercial), Buddy, Star, Raven, Spirit and Stevie.

She’s 21 days old, already weighs 200 pounds and was the star of an award-winning Super Bowl XLVII commercial for Budweiser seen by more than 108 million people. Now she has a name: “Hope,” a nod to the optimism and happy ending of the commercial where a trainer reunites with the horse he raised from a foal.

Last week Budweiser asked its Facebook fans and Twitter followers to send along suggestions for a name. More than 60,000 tweets, Facebook comments, calls and direct messages came through. “Hope” was one of the more popular female names generated.

“We were overwhelmed with the response we got,” said Lori Shambro, brand director for Budweiser. “Budweiser fans suggested a lot of great names, and it was a tough decision, but we landed on Hope as the perfect name for this friendly, slightly feisty and just perfect Budweiser Clydesdale mare. Many of our fans wanted a name to reflect their optimism and spirit, which the name Hope encapsulates beautifully.”

On Super Bowl Sunday, the Budweiser Clydesdales appeared in a 60-second spot, “Brotherhood,” which chronicled the bond a Clydesdale foal shares with his trainer. Brotherhood ranked No. 1 on USA Today’s Ad Meter, which was based on fan voting on the USA Today website via Facebook and Twitter.

Budweiser also has just released an extended version of “Brotherhood.” Check it out below.

END_OF_DOCUMENT_TOKEN_TO_BE_REPLACED

54% of our online readers want to see Jim Harbaugh beat his brother John. I wonder how many of those fans really want to see fellow Missourians Aldon and Justin Smith of the 49ers win their first Super Bowl rings?  Joining me in this Google Hangout is Kevin McCrarey from the South Carolina Radio Network and Bill Scott from Wisconsin Radio Network to discuss the upcoming game and the media circus leading up to the Super Bowl. Enjoy!