You are here: Home / Archives for Sue Allen

Among both those for and those against new gun control measures are those who say the quality of mental health care must also be considered when discussing violence prevention.  By several accounts, the system in the state of Missouri is under funded, but there is more than one suggestion about how to fix it.

Representative Sue Allen (R-Town and Country) chairs the House Appropriations Committee on Health, Mental Health and Social Services. She says she has thought that mental health is underfunded for years, not just since recent shooting incidents in Connecticut and Colorado.

“I cannot believe there is not money to better fund mental health, and the key is finding out where it is. Now it may be taking it away from somebody else who maybe is a little more capable of meeting their own needs but they don’t have to because they’re entitled to something.”

Representative Tom Flanigan (R-Carthage) was the chairman of that budget committee last year. He also says the Department of Mental Health has received too little funding for years.

“It’s a very small department, budgetarily, and it probably does more good dollar for dollar than any other department in the state of Missouri.”

Flanigan suspects that stigmas about mental health carry over into funding the department. He hopes this discussion will help to change people’s mindsets.

“It may be that mental health becomes one of those issues that people begin to talk about openly, and to talk about it in terms of positive outcomes. That’s what I would like to see that comes out of this whole situation.”

The National Alliance on Mental Illness gave Missouri a “C” grade for mental health care in a 2009 report.  Missouri Executive Director Cindi Keele says improving awareness and treatment is a matter of funding.

“Public awareness campaigns cost money … community mental health centers need money to have people on staff, perhaps experienced family members, who are hired to be a mentor for these families that are going through these troubling situations.”

Keele isn’t impressed, however, with the idea of just looking elsewhere in the budget for places to pull money for mental health.

“I find that very frustrating … we’ve got to have some more revenue coming into this state, in my opinion.”

Keele says one way to improve the state’s mental health system would be to participate in Medicaid expansion.

Representative Jeanne Kirkton (D-Webster Groves) is a member of the budget committee on mental health.  She says statistically, expanding Medicaid would reach a large number of people with serious mental health issues.

“If we look at the population of mentally ill and those that are poor, say under 133% of the federal poverty level, 1 out of 6 of those will have severe mental illness. So, if we’re going to talk about gun violence and mental illness, expanding Medicaid to that population is a plus.”

Legislative Republicans don’t support Medcaid expansion however, raising questions about how it will be paid for and whether Congress can be trusted to keep its fiscal promises.  Three House Republicans have been studying the issue of expansion looking for an alternative plan.

Kirkton also expresses concern about stigmas regarding mental health. She says she is worried that ties to discussions of gun violence could further those stigmas.

“You look at the data … the people that are most prone to gun violence are substance abusers and alcoholics … that tend to be more violent than the severely mentally ill. It’s a very small percentage of them who are violent.”

Allen adds, she believes the issue of violence extends beyond guns and mental health to things like violence in movies and video games.

Lawmakers in both parties say they are not aware of legislative efforts to change any policies or practices in Missouri’s mental health care system.

Allen’s committee on appropriations for health, mental health and social services will hear an overview of the Department of Mental Health at a hearing today at 2:00.

The Missouri General Assembly will again consider legislation to require the state’s schools to add discrimination to their bullying policies. A disagreement remains over one detail: whether to require policies to be enumerated, or to list factors for discrimination such as sexual orientation. 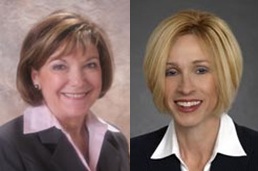 Representative Sue Allen (R-Town and Country) will again introduce the bill she has carried in recent years that does not include enumeration. She says it is not needed, and creates the possibility that some students will not be protected.

“Every student is equally precious and no one student should have any greater level of protection than any other student.”

Allen’s bill was passed out of a Senate Committee last year.

Democrat Sara Lampe of Springfield has in recent years carried a bill that includes enumeration, but she has been term-limited out of office. No Democrats have filed a bill but Representative Genise Montecillo (D-St. Louis) says one of them will, and it will include enumeration.

“I think it’s critical to enumerate it. Just my experience to say that we don’t need to outline, particularly when it comes to sexual orientation, gender issues, those kinds of things, because I saw it when I was teaching. I saw teachers that would make comments about students that were gay and such.”

An informal House Committee hearing has raised a question of whether the Department of Revenue’s fee office bidding process has an illegal flaw.

The Department uses a competitive bidding process that replaced the earlier “patronage” system, under which state license offices were generally awarded by governors to political allies. The new process has been phased in beginning with the administration of Governor Matt Blunt (R) and continuing with current Governor Jay Nixon (D).

The Director of the Motor Vehicle and Driver Licensing Division, Jackie Bemboom, explains how under the new process, requests for proposal change from fee office to fee office.

The Department then implements the rules of the Office of Administration’s Division of Purchasing for the bidding process.

Representative Jay Barnes (R-Jefferson City) says having that standard request for proposal could constitute having a rule that, under state law, must be formalized. Until it is, the Committee questions whether the state could be open to lawsuits from those who have lost bids on fee offices.

Chairwoman, Representative Sue Allen (R-Town and Country) says, “We’ve had circumstances regarding other types of bids that there have been lawsuits, so why wouldn’t you have an expectation that something like that could happen with the fee offices?”

Barnes says that is a concern, but says the use of the Office of Administration Rules could be enough to satisfy state law.

“The Department of Revenue might not have to promulgate (the rules) on its own.”

Recent reviews by the State Auditor’s Office of several fee offices and of the award process have not delved into the question of whether the procedure should be formalized as a matter of state law.

The Committee is urging the Department to formalize that standard request for proposal not just due to possible legal concerns, but also to keep old patronage practices from resurfacing.

Barnes says, “I think what the Department has done is to create a de facto rule that they have not put in writing which leaves open the possibility of changing criteria throughout the process for each individual bidding opportunity, which also leaves open the opportunity to ensure that one bidder or another wins with respect to those bidding opportunities.” He adds, “(The Committee is) not alleging that in fact has happened, but that the statutes, without a rule in writing, are open to that happening.”

The Committee met informally due to the lack of a quorum. Speaking for the Department were its Deputy Director, John Mollenkamp, a registered lobbyist for the Department, Jay Atkins, Bemboom, and Administrator Cathy Herigon. Several committee members expressed frustration that the four could not answer policy questions, and that Director, Alana M. Barragán-Scott, was not present.

Allen says this meeting was the third the Director refused to attend.

“We just want to know that we are given full disclosure of anything we ask, and presence or lack of presence could be an indicator that somebody doesn’t want to answer questions.”

Representative Chris Kelly (D-Columbia) notes, the Committee has praised the work of the Department for improving over the old patronage system.

“Everybody acknowledges that this administration has made progress with the fee offices.” He says what the Committee wants to know is, “How can that become formalized, and is there more progress that could be made? Nobody’s throwing rocks here.”

Barnes says Barragán-Scott needs to be at the Committee’s next hearing in December.

“If she doesn’t show up, I’m going to ask the chair to ask the Speaker (of the House) to subpoena her to show up at another meeting, so let’s be abundantly clear. She has to show up, or she will be subpoenaed to show up.”

A call to the Department of Revenue for further comment was not returned.

A House Committee didn’t get the answers it wanted about how the state’s license offices are awarded, and it’s chairman isn’t happy about it.

Representative Sue Allen (R-Town and Country) says her committee asked the Department of Revenue to explain how it awards contracts for the 183 license offices in the state. She says the Department’s legislative director, Jay Atkins, who came to its hearing, wasn’t prepared to answer its questions.

“He was there to read a prepared statement. That’s not a hearing and that’s not the way I think we as legislators are able to exercise oversight.”

In a letter to the Department, Allen says she thinks it was trying to impede her committee’s work. She requested, and the department has accepted, that several of its staff members be at a hearing November 8.

Allen says at this point the committee simply wants to understand the point system that’s in place. “It wasn’t to mess anybody up. It was just to understand where there is subjectivity. Explain it and say it.”

For many years the state’s license offices were awarded by Governors, generally to political allies. A competitive bidding process has been phased in beginning with the administration of Governor Matt Blunt (R) and continuing with current Governor Jay Nixon (D). Allen says it’s time to see if that process has truly gotten away from the old practices.

“For a long time they were patronage, and if that’s what it is, fine. That’s what it is. But, if you’re saying it is more than patronage and that there’s a new process, then let’s clarify the process so it’s transparent.”