You are here: Home / Archives for Steve Cookson

A House Committee charged with looking for ways to improve the state’s education system has met to decide what it will, and won’t, discuss. 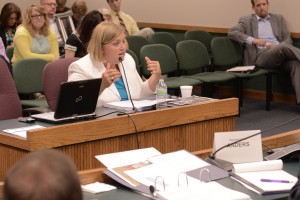 The Interim Committee on Education heard from Education Commissioner Chris Nicastro that much work must be done to meet the goal of having Missouri’s schools be in the top 10 in the nation by 2020.

“About seven percent of our total student population is represented by districts that are either provisional or unaccredited. Seven percent … 65,000 children all over the state; St. Louis, Kansas City, the Bootheel, northern Missouri. That’s a lot of children.”

Committee member Michael Butler (D), a representative of St. Louis City, says he hopes the conversation will venture into some areas that have not received recent attention.

“I really was hoping to come to Jeff City today to further our educational talk, and not rehash the same issues that we have since 2007.”

Chairman, former educator and Representative Steve Cookson (R-Poplar Bluff) says nothing can be off the table, with public hearings around the state coming up.

“We’re going out and listen to the people around the state on how to best move forward with good education policy from the legislature … that’s our mission.”

The Committee’s draft list includes discussion of teacher preparation and qualifications, school calendars, the transfer of students and common core standards. Members discussed adding topics including school safety, bullying, the relationship between schools, parents and the community, and providing access to quality education for students in unaccredited or provisionally accredited students.

Cookson hopes to have a schedule for the rest of the commitee’s hearing as soon as next week.

A bill that generated national attention in the final weeks of the 2012 legislative session was HB 2051, a proposal to bar discussion of sexual orientation in public schools except in scientific instruction on human reproduction. It was more commonly known as the “don’t say gay” bill. 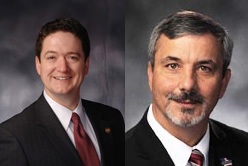 House Majority Floor Leader Tim Jones (R-Eureka) was one of the co-sponsors of the proposal. He doesn’t know if it will be offered again in 2013.

“There must have been something significant that occurred in Representative Cookson’s District that he felt the need to file that. We’ll see whether or not that is still an issue for him. I think that bill was filed more perhaps … it was late in session. He knew it wasn’t going to go anywhere. It may have been one of those bills that was designed to send a message to his folks back home, his constituency. I’ll have to talk to him to see if we’re going to go forward on that or not next year.”

Jones will likely be the Speaker of the House in 2013.

A request for an interview with the proposal’s sponsor, Representative Steve Cookson (R-Fairdealing), was declined. HB 2051 was referred to a committee but was never scheduled for a hearing.

The likely next Speaker of the Missouri House wants to see a committee formed to work on education issues in the interim, after some key issues were left on the table in the 2012 session. 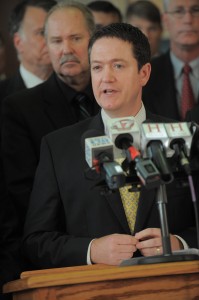 Majority Floor Leader Tim Jones (R-Eureka) says compared to past years when education issues fizzled, the 2012 session was “remarkable” with several passing out of the House.

“We had the charter school bill which became law which I’m very happy with, that became law … We passed the teacher tenure bill. A small step forward but a significant step. It passed the House, it almost got through the Senate. Died on the Senate floor in the last day. A second bill that passed, that school busing transportation bill which is a form of education reform. That also became law.”

Jones wants to keep that momentum going ahead of the 2013 session.

Jones can’t appoint committees, but Speaker Steven Tilley can. He says if Jones wants to see any interim committees formed, “I’d be open to any suggestions he might have.”

Jones says the foundation formula for public school funding will be a key issue in 2013, but he also wants to see things like tuition tax credits and teacher tenure addressed.

With many faces in the legislature changing, Jones isn’t sure who he wants to chair such an interim committee but he knows who he would want on it: Representatives Steve Cookson (R-Fairdealing), Mike Lair (R-Chillicothe), Mike Cierpiot (R-Lee’s Summit) and Rick Stream (R-Kirkwood) are some names he mentions.