You are here: Home / Archives for State Sen. Jason Bean

Three Missouri House committees will be heading to the state Department of Conservation headquarters in Jefferson City on Thursday morning, to be briefed on the feral hog issue. 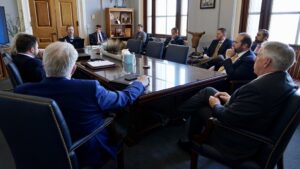 The Missouri House Agriculture Policy Committee, the Conservation and Natural Resources Committee and the Rural Community Development Committee will be briefed by Conservation about successes they’ve had with feral hogs and the challenges they’re facing.

Feral hogs are a major issue in southern Missouri, especially in and near the Mark Twain National Forest. Governor Mike Parson is warning that feral hogs are a danger to the state and pose serious safety risks to residents. The governor met this week in Jefferson City with Missouri Department of Conservation Director Sara Parker-Pauley, U.S.D.A., the U.S. Forest Service and state lawmakers like State Sen. Jason Bean (R-Holcomb).

“Those (feral) hogs can do great destruction to the farmers, to the forests and they’ve become a very significant problem. The majority of the feral hogs that in our state are actually in the 8th Congressional District,” Smith tells Missourinet.

A close look at Smith’s sprawling district shows the how much of a presence the Mark Twain National Forest has in his district, from east to west and from north to south. Feral hogs are prevalent in the Mark Twain, which is why the Forest Service participated in Monday’s meeting. 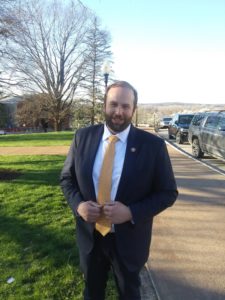