You are here: Home / Archives for St. Louis University

St. Louis is reportedly about to land a Major League Soccer (MLS) expansion team. Some St. Louis-area state lawmakers had urged the league to consider the Gateway City. 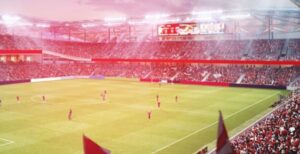 An announcement is scheduled for 11:30 Tuesday morning in downtown St. Louis, and multiple reports indicate MLS will award an expansion franchise to St. Louis.

During a January speech on the Missouri House floor in Jefferson City, Hill said “St. Louis has a rich tradition and avid fan base,” adding that more than ten percent of St. Louisans participate in soccer, which he says is three percent higher than the national average. He says that offers a large potential fan base to an MLS team.

Hill’s House concurrent resolution 7 sought to affirm Missouri’s and St. Louis’ commitment to sporting excellence. Legislative resolutions are largely symbolic, and Hill’s proposal did not receive a House hearing in 2019.

What it did do, though, was bring attention to the issue, both to lawmakers and to the general public.

“Another major professional team in St. Louis will spur economic growth and development for the region and the state of Missouri,” Hill said in January. “Placing an MLS team in our state, in the Arch City, would be a smart investment for the league, the city and the state.”