You are here: Home / Archives for speeding

State transportation officials are conducting a public awareness campaign this week, about the increasing number of pedestrian deaths in Missouri. 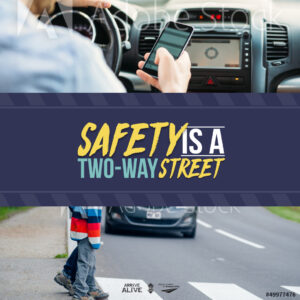 MoDOT and the Missouri Coalition for Roadway Safety are conducting a public awareness campaign this week, about pedestrian fatalities (graphic courtesy of the Missouri Department of Transportation)

She says the top contributing factors were failure to yield, alcohol/drug impairment and driver inattention.

“We always want to raise awareness on putting your phone down no matter if you’re walking, riding, bicycling, keeping your head up,” Van Loo says.

Van Loo also urges pedestrians to use crosswalks and to wear bright-colored clothing.

“If you see pedestrians or somebody on the side of the roadway, it’s best if it’s safe to merge over or at least slow down when you’re passing them,” says Van Loo.

A Missouri state trooper clocks a motorist driving 115 miles-per-hour in April on eastbound I-44, near Highway 141 in Valley Park (photo courtesy of the Missouri State Highway Patrol)

“We know that a lot of people are ready to get out and enjoy the outdoors and travel is part of that,” Hotz says. “Again, we just urge people to be careful.”

During Missouri’s 2019 Memorial Day weekend, eight motorists were killed and another 433 suffered injuries in more than 1,000 traffic crashes.

Troopers are focusing this weekend on speeding, impaired drivers and seat belt use.

Every available trooper will be on the road throughout the weekend, enforcing traffic laws and also helping motorists. Captain Hotz says the Patrol is participating in Operation C.A.R.E., which stands for Crash Awareness Reduction Effort.

“There will be of course overtime projects, saturating areas that we know there is going to be a high number of traffic violations or traffic crashes,” says Hotz.

Troopers are especially concerned about speeding and increasing fatalities, despite traffic being down 50 percent in parts of Missouri because of COVID-19.

There have been 288 traffic fatalities statewide in 2020, compared to 271 at this time last year.

In April, at least three state Department of Transportation (MoDOT) trucks were struck by motorists, despite the falling traffic volumes. And state troopers also clocked a man driving 143 miles-per-hour on Highway 65 near west-central Missouri’s Sedalia in April.

Troopers will also be visible on lakes, rivers and streams this weekend. The Highway Patrol is assigning additional state troopers to the waterways.

Captain Hotz urges boaters to wear a life jacket, and to never ride with an impaired operator.

“We know particularly with COVID-19 and all the CDC guidelines on social distancing, we’ve seen a lot of people taking to their waterways to enjoy that,” Hotz says.

Click here to listen to the full interview between Missourinet’s Brian Hauswirth and Missouri State Highway Patrol Captain John Hotz, which was recorded on May 19, 2020: