You are here: Home / Archives for southwest Missouri

Missouri’s coronavirus cases have increased by more than 1,000 in the past 24 hours. 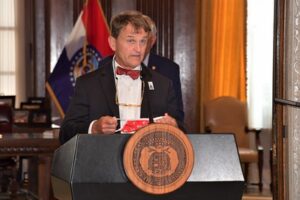 The state Department of Health and Senior Services (DHSS) says Missouri now has 34,762 confirmed coronavirus cases, an increase of 1,138 from Monday’s number of 33,624.

DHSS Director Dr. Randall Williams will brief Capitol reporters Wednesday afternoon at the Statehouse in Jefferson City, along with Governor Mike Parson. The governor told reporters last week that 60 percent of the new cases have been in three main regions: the St. Louis area, Kansas City area and southwest Missouri

Dr. Williams has been urging Missourians to wear a mask, to practice social distancing and to wash their hands frequently.

DHSS says there have been 1,143 COVID deaths in Missouri. 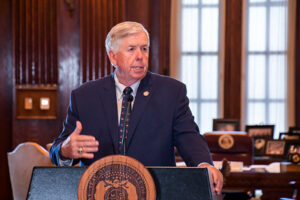 Governor Mike Parson made the announcement during a briefing with Capitol reporters in Jefferson City on Tuesday. While the governor isn’t naming the town yet, he tells Missourinet that it’s a “small town pretty close to Bolivar.”

“I don’t know that I’m quite at liberty to say just exactly where that is down home, but it absolutely will be a great opportunity for people in a small town down there to do that,” Parson says.

The governor says he met this week with company executives from Oregon and Kansas, about this project. The meeting took place in Parson’s hometown of Bolivar.

Bolivar is about 30 miles northwest of Springfield.

“It’s exciting news and it will have to do with agriculture, so it’s always a good thing for me when I see those new jobs coming in and especially with the situation that we’ve been in,” says Parson.

Agriculture is an $88 billion industry in Missouri, making it the state’s largest industry.

Missouri fully reopened for business on Tuesday morning and has entered phase two of its “Show Me Strong Recovery Plan.”

While there is no statewide health order during phase two, Parson emphasizes that COVID-19 is not gone. He continues to urge Missourians to practice social distancing and to continue with good hygiene.

Click here to listen to Missouri Governor Mike Parson respond to Brian Hauswirth’s question about the 250 new jobs coming to southwest Missouri. The governor spoke on June 16, 2020 at the Statehouse in Jefferson City:

U.S. Sen. Josh Hawley (R) tells Missourinet that the National Transportation Safety Board (NTSB) made several recommendations to the U.S. Coast Guard after a similar 1999 tragedy in Hot Springs, Arkansas.

“If the Coast Guard had implemented the NTSB’s recommendations from the late 1990’s, almost 20 years ago now, 20 years from the time of the accident, then this (Table Rock Lake incident) would not have happened,” Hawley says.

The 1999 Arkansas incident killed 13 of the 21 passengers on board.

Senator Hawley has filed legislation that would require amphibious passenger vessels to be equipped to stay afloat, in the event of flooding. His bill would also require additional life preservers, and would require duck boats to remove canopies. It also requires additional ways to pump water out.

Hawley, who serves on the Senate Armed Services Committee, says it’s time for the Coast Guard to act on the issue of duck boats. He says it’s critical to keeping Missourians and others safe.

“Over a year ago, I introduced legislation that would write these requirements and these protections into law,” says Hawley. “It is time for the Senate to act on that legislation, and I hope that they will.”

Hawley’s letter to Coast Guard Admiral Karl Schultz reads, in part: “It is in your power to ensure ‘duck boat’ is not synonymous with ‘floating metal death trap.’

17 victims died in the Table Rock Lake incident, including nine from one family. The victims drowned when the vessel sank quickly, during a storm.

Click here to listen to the full interview between Brian Hauswirth and U.S. Sen. Josh Hawley, which was recorded on May 21, 2020:

One of southwest Missouri’s biggest manufacturers will resume partial production at its Neosho plant on Monday. 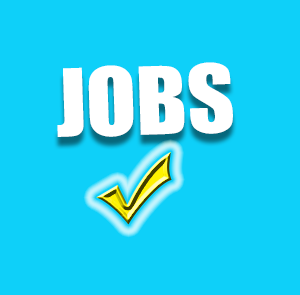 Missourinet Joplin affiliate KZRG reports furniture company La-Z-Boy furloughed about 800 employees at the Neosho plant in late March, in response to the COVID-19 pandemic. The company as a whole laid about 6,800 employees, or about 70 percent of its workforce.

KZRG reports it’s unclear how many of them will return to work on Monday morning.

Neosho, a town of about 12,000 residents, is the county seat in Newton County. The town is nicknamed the “City of Springs.” Newton County Presiding Commissioner Bill Reiboldt tells Missourinet that La-Z-Boy is Neosho’s largest manufacturer.

KZRG reports the products produced in Neosho will address a backlog, as La-Z-Boy looks to re-open their retail stores during the next several weeks.