You are here: Home / Archives for Southwest Baptist 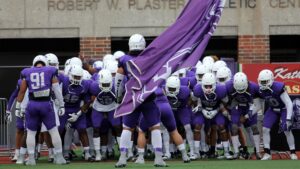 For the first time in program history, the Southwest Baptist University football team has broken into the top 25 in the AFCA Division II Coaches Poll. The Bearcats are currently ranked #20 (photo/SBU Athletics)

The 20th-ranked Mules battled back-and-forth with fifth-ranked Harding for three quarters before running out of gas and falling on the road, 48-31, in the first round of the NCAA-II Playoffs. The Mules end their season at 9-3 overall with their first playoff appearance since 2010.

The historic season of the Southwest Baptist University football team came to end on Saturday when the Bearcats fell to Colorado School of Mines 63-35.

SBU finishes their most successful season in program history with a 10-2 record, breaking numerous SBU and GLVC records along the way. 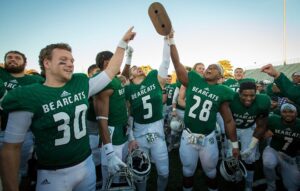 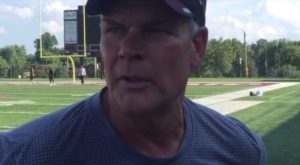 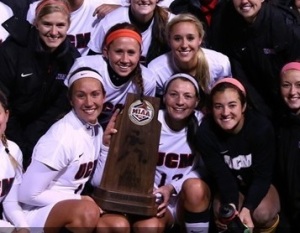 UCM soccer is a #2 seed in the NCAA D-II tournament (photo/ucmathletics.com)

The 2014 MIAA Regular Season and Tournament champion Jennies soccer team (19-0-2) earned the No. 2 seed, a first round bye and the right to host one half of the NCAA’s Central Regional as announced by the NCAA on Monday night.  The Jennies will play the winner of third-seeded Augustana (S.D.) and sixth-seeded Central Oklahoma on Sunday, Nov. 16 at noon at Jennies Field at the South Recreation Complex. Augustana and UCO will play on Friday afternoon at 1 p.m. at South Rec.

The Jennies defeated Augustana 2-0 in the season opener in Warrensburg back on Sept. 5. The Jennies went 1-0-1 against Central Oklahoma this season, beating the Bronchos 1-0 in Edmond on Oct. 17 and then beating them in a shootout, 4-3, in the MIAA Tournament Semifinals after the game ended in a 0-0 tie.

The other half of the Central Regional features No. 1 seed Minnesota State hosting fourth-seeded Southwest Baptist and fifth-seeded Winona State in Mankato, Minnesota. 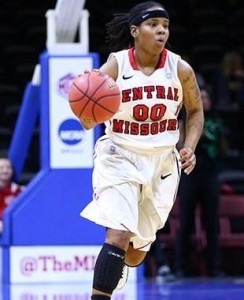 Top seed Central Missouri shot .566 from the field as they defeated ninth seed Northeastern State 79-65 in the quarterfinal round of the MIAA Tournament. UCM led by just two at halftime, but got seven second half three pointers to advance to the semi-final round.

Fifth seeded Fort Hays State shot .421 from the three-point line as they upset fourth seeded Missouri Southern 78-57 in the MIAA Tournament quarterfinal. FHSU hit eight three pointers and shot .436 from the field overall as they advance to the semi finals.

The 1991–92 Concordia men’s basketball team set a then-school record for most wins in a season with 26. The team won the Nebraska Intercollegiate Athletic Conference championship – the school’s first-ever basketball conference title. The Bulldogs won the NAIA District 11 Championship and advanced to the national semifinals. The Bulldogs finished with a conference record of 10–2 and won the Concordia Invitational Tournament for the fourth consecutive season. The team led NAIA District 11 in both scoring defense, holding opponents to 72.7 points per game, and free throw percentage at 74.4 percent.

The award ceremony will take place at 7 p.m. on the Concordia campus.

It wasn’t easy, but Missouri Southern ended the streak of three consecutive No. 1 seeds falling in the MIAA Men’s basketball Championship first round by defeating Southwest Baptist, 101-94.

The Missouri Southern big three of MIAA Player of the Year Skyler Bowlin (22), Jason Adams (23) and Keane Thomann (22) accounted for 67 points to lead the way for the Lions.

Southwest Baptist was led by Kurt Koenig, who poured in a game-high 27 points and grabbed seven rebounds.

After a strong run to end the first half, it appeared Southern (24-3) was ready to take control of the game when Adams hit a three to extend the MSSU lead to 50-41 with 19:40 to go in the game.

MSSU proceeded to go on a 16-6 run, capped by a Skyler Bowlin fast-break layup and two Bowlin free throws on the following possession to give the Lions a 98-87 advantage with 1:06 to play.

Southwest Baptist made it interesting with two three-pointers in the final minute, but it was not enough to overcome the deficit.

The two teams finished the game with a combined 23 three-pointers made on 52 attempts. The game featured nine ties, and the lead switched hands nine times as well.

Ryan Dougherty added 20 points for Southwest Baptist, which ends the season with a 12-17 record.

With the win, Missouri Southern, the nation’s eighth-ranked team, advances to face the winner of Nebraska-Omaha and Central Missouri Saturday at noon.

For the second season in a row the Missouri Western men’s basketball team beat the Southwest Baptist Bearcats to move into the second round of the MIAA Tournament. Western the 4th seed defeated the 5th seed Bearcats 82-72 behind 22 points from senior Marcus Rhodes.

END_OF_DOCUMENT_TOKEN_TO_BE_REPLACED

Northwest Missouri State avenged two previous losses this season to Pittsburg State on Thursday afternoon in the first round of the MIAA Tournament. Northwest defeated the Gorillas 75-71 on the strength of Abby Henry’s game-high 25 points and seven assists. Henry also added seven rebounds and two steals in the victory.

Northwest shot nearly 41 percent from the floor and hit 5-of-13 from three-point land (38.5 percent). Pittsburg State shot 35 percent for the game and went 3-of-21 (14.3 percent) from deep. After being out-rebounded badly in their first two meetings this season with Pittsburg State, the Bearcats won the rebounding margin 45-41. The Bearcats forced 18 Gorilla turnovers and also dished out 18 assists in the win.

Northwest (14-14) will play its semifinal contest at noon Saturday against the top-seeced Washburn. The Lady Blues defeated Southwest Baptist 80-60 in the first game of the tournament.

The Jennies picked up their first win in the MIAA Post-Season Tournament since 2006 on Thursday night, posting a 77-67 first-round victory over Missouri Southern. The win at Municipal Auditorium in Kansas City, Mo., was the sixth straight for the Jennies, and sends them to a semi-final round match-up against Emporia State on Saturday afternoon at 2:15 p.m.

Kara Fleming posted a career-high 26 points to lead the way for UCM, with three other players also scoring in double figures. Becca Roberts netted 11 points, while Meghan Waggoner and Danielle Shows finished with 10 points each.

The Jennies, ranked eighth in the latest NCAA-II South Central Regional Rankings, enhanced their chances to make the NCAA-II Post-Season with the opening round win Thursday evening as they see their record climb to 18-10.

After pulling off one of the greatest turnarounds in MIAA history to make the conference tournament, the SBU Bearcats ran into a hotter team. The top-seeded Washburn Lady Blues won their 11th straight game, taking the first round MIAA Tournament matchup with the Bearcats, 80-60.

END_OF_DOCUMENT_TOKEN_TO_BE_REPLACED

The #16 SBU Bearcats lost at home for the first time in nearly three years, as the Nebraska-Omaha Mavericks won 99-91, despite at 36 point, 20 rebound performance from senior Matt Roger. The loss snapped the Bearcats’ 38-game home court winning streak, which dated back to February 2007. Fort Hays State was last team to defeat the Bearcats in the Meyer Sports Center, a 74-64 win over the Bearcats late in Rogers’ freshman season.