You are here: Home / Archives for Southwest Baptist University 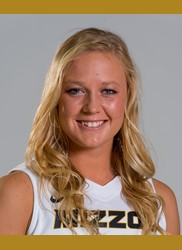 Sophie Cunningham scored 20 points to lead five players who scored in double figures as the Tigers picked up a 96-59 exhibition victory over Southwest Baptist on Wednesday evening at Mizzou Arena.

“We made great hustle plays from the start of the game to the finish,” head coach Robin Pingeton said. “It was nice to see how we look under the lights and in different rotations, and I think tonight’s exhibition game definitely served its purpose.”

Mizzou outscored the Bearcats 46-26 in the paint, 30-10 off of turnovers and 24-10 in second chance opportunities. Sophie Cunningham finished 9-for-12 shooting from the floor and also dished out three assists in 25 minutes of action. Jordan Frericks, Sierra Michaelis, Bri Porter and Kayla McDowell all scored in double digits. 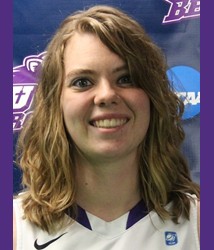 Mackenzie Skupa led the Bearcats in scoring in their first exhibition of the season, scoring 12 points on 5 of 8 shooting from the field. Natalie O’Keefe and Aliyah Isaac both added 8 points in the loss, while SBU had eight different players scoring five points. As a team, SBU shot 43.6% from the field, 29.4% from beyond the arc, and 100.0% from the free throw line.

SBU will continue exhibition play on Sunday, November 8 when they travel to Marquette. Tipoff is set for 3:30 p.m. from Milwaukee, Wisconsin.

Mizzou returns to action on Monday, Nov. 9 with a 7 p.m. CT exhibition finale vs. Quincy.

“More than two years ago we asked Coach Craig Schuler to make specific changes in our football program and he’s done that,” Pitts stated. “Our program is better because of the staff he has built and the players he has recruited. I will miss Craig and wish him the best as he moves forward.”

During his two years as the head coach at Southwest Baptist, Schuler compiled a 5-17 record.

“I have truly enjoyed my time here at SBU, and I will always treasure my experiences here, working with the great young coaching staff and gifted group of student athletes in our program,” Schuler commented. “In addition, Dr. Taylor and Mike Pitts have been extremely supportive and remain so, and I have no doubt the future of the program we have built will be safe under their guidance. The personal and family reasons that lead to my resignation have nothing to do with my love for SBU football and the people associated with my time here. The program is now in much better overall condition than when we arrived, and that makes me proud of our time here. I will be SBU’s biggest fan this fall, while I take some time away from the game I so dearly love.”

“I wish Coach Schuler the best in his future endeavors,” SBU President Dr. Pat Taylor stated. “The football program is better today than two and a half years ago when Coach Schuler joined the SBU family. Fortunately for the University, he is leaving an outstanding group of assistant coaches who will continue the growth and development of our football program. We anticipate the upcoming season will be very successful.”

#8 Central Missouri erased a five-point halftime deficit as they picked up a victory on the road at Lincoln. UCM scored 24 points off of turnover and added 12 second chance points as they moved to 9-1 in league play.

Central Missouri shot .604 from the field as they picked up a win over Lincoln on the road. UCM pulled down 35 rebounds while holding LU to just 18 as they moved to 7-3 in league play.

For the Mules Charles Hammork led the way with 15 points and eight rebounds and Jordan Epps added 14 points. Dillon Deck had 13 points and TJ White had 10 rebounds on the evening. For the Blue Tigers Joshua Buie had 14 points, four rebounds and three assists. Mike Smith added 13 points and five rebounds while Mario Bass had seven assists.

Missouri Southern scored 51 second half points as they picked up a victory on the road at Northwest Missouri. MSSU scored 23 points off of turnovers they moved to 7-2 in the MIAA this season.

For the Lions Sharese Jones had 20 points and pulled down six rebounds. Dominique Mosley scored 17 points and added seven rebounds while Shonte Clay had 19 points and six boards. For the Bearcats Ariel Easton led the way with 24 points on the night. Ashleigh Nelson had 16 points and Annie Mathews pulled down a team best six rebounds.

A jumper by DeShaun Cooper with three seconds to play gave Northwest Missouri a come from behind win at home over #22 Missouri Southern. NWMSU got 18 points off of turnovers as they moved to 9-1 in the league this season.

Lindenwood scored 26 points off of turnovers as they picked up a victory over Southwest Baptist at home. LWU also got 18 points from their bench as they moved to 4-5 in league play.

Rashaad Brown-Peterson hit a three-pointer with four second to play as Southwest Baptist won on the road at Lindenwood. SBU got 23 points from their bench as they moved to 2-7 in league play.

For the Bearcats Desi Barmore had 22 points and pulled down a team best nine rebounds. Brown-Peterson finished with 14 points while Jaywuan Hill added 10 points and Menas Stephens pulled down eight boards. For the Lions Michael Boos had 20 points and Garrett Reeg had a game high ten rebounds. Darris Smith added 15 points and Tyler Ressel had 13 points on the night.

The Lincoln University-Jefferson City and Southwest Baptist University (Bolivar, Mo.), football teams will join the Great Lakes Valley Conference as an associate members beginning with the 2014 season. The GLVC and the Mid-America Intercollegiate Athletics Association made a joint announcement on Wednesday (Oct. 2).

The MIAA and the GLVC, both NCAA Division II conferences, have entered into a Strategic Conference Football Scheduling Alliance (SCFSA) that will allow both Lincoln and Southwest Baptist  to join the GLVC as associate football-only members. Both schools remain full, active members of the MIAA and will continue to compete in that league in every other sport.

The SCFSA will allow Lincoln more scheduling flexibility for the future and provides several benefits to both conferences. With the MIAA moving to a full conference-only schedule, Lincoln was limited in its opportunities to schedule non-conference opponents such as Grambling State, whom the Blue Tigers defeated in Kansas City, Mo., 47-34, on Sept. 14. The move to the GLVC gives Lincoln a greater ability to schedule more contests similar to The Missouri Classic as well as the chance to renew rivalries with other Historically Black Colleges and Universities.

With Lincoln University and Southwest Baptist University, which had also expressed an interest to schedule more non-league games, both moving to the GLVC in football, the MIAA is left with 12 football-playing members and can now create an 11-week schedule that allows all schools to play each other, allowing the league to crown a true conference champion. The SCFSA also allows the GLVC to continue to grow and stabilize its football membership while addressing challenges its membership had faced regarding scheduling non-conference contests.

The Southwest Baptist University women’s tennis team ended their 2013 season after reaching the Elite 8 when they fell to #4 Hawaii Pacific 5-1 on Thursday afternoon.  The Bearcats fell behind early trailing 2-1 after doubles competition, while they picked up their lone doubles win from the team of Fanni Varga and Christina Zentai at #1 doubles. SBU was unable to complete any singles victories before Hawaii Pacific claimed a 5-1 win. 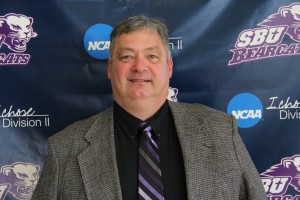 “I am thrilled that Craig Schuler will be our next football coach,” SBU Director of Athletics Mike Pitts commented. “He has impressed us with his ability to recruit quality student-athletes. As the architect of Lindenwood’s offense last season, Coach Schuler averaged more than 32 points per game against MIAA schools in Lindenwood’s first year in our conference. But even more important than what happens on the field – Coach Schuler has the kind of character that will influence more than 100+ young men to be leaders and examples in the classroom, in our local churches, and in the community. Under Coach Schuler’s leadership – our student-athletes will be in a great place where they can grow in all of life’s most important ways.”

Craig Schuler will be entering his 25th year as a football coach, and his 23rd year at the collegiate level.

END_OF_DOCUMENT_TOKEN_TO_BE_REPLACED

The Central Missouri Mules built a double digit second half lead then withstood a late charge from Southwest Baptist to win 75-70. The Mules led by as many as 12 in the second half only to see the Bearcats trim the lead to three in the final minute.

The defending MIAA champions got a career night from center Keane Thomann and the Missouri Southern State University Lions defeated the Truman Bulldogs 89-43 in the conference opener. Thomann scored 31 points to pace the Lions while the Bulldogs were led by Seth Jackson’s 11.

A one-point halftime lead for Northwest Missouri State quickly turned into a seven-point deficit at home against Emporia State, but the undefeated Bearcats didn’t panic and came away with a 68-63 to improve to 6-0 at Bearcat Arena in Maryville, MO.

END_OF_DOCUMENT_TOKEN_TO_BE_REPLACED

Pitts will officially take over as director of athletics immediately. He also has worked for the university as assistant athletics director for operations and prior to that, as media relations director.