You are here: Home / Archives for SNAP 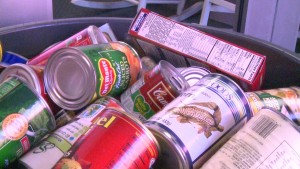 Missouri families receiving food stamps to get their benefits extended

“I am very pleased Missourians will receive the maximum SNAP benefit for their household size during a month when families are buying needed items for the upcoming school year,” says Jennifer Tidball, Acting Director, Missouri Department of Social Services. “Those maximized SNAP benefits may allow families to spend their income on essential items their child needs for a successful return to the classroom, an important part of the ‘Show Me Strong’ Recovery Plan.” 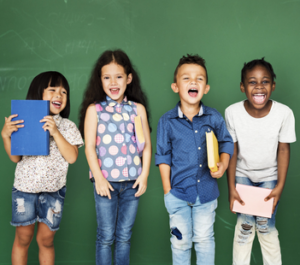 The Missouri Department of Social Services’ temporary waiver of recertification for SNAP program participants ends this month. The process was suspended during the height of the coronavirus pandemic.

Jennifer Tidball, Acting Director of the Missouri Department of Social Services, joined Gov. Mike Parson today at the Missouri Capitol in Jefferson City to announce the state will begin checking again on Missourians getting food stamps to ensure they still qualify for the benefits.

As of April 30, 360,937 Missouri households or 752,315 individuals receive Food Stamp/SNAP benefits. More than 16,000 SNAP households in Missouri are due for recertification in July.

Letters have already gone out to some households due for recertification next month.

Food Stamp participants must complete their recertification form every year, or every two years, if the individual is aged, blind, or disabled.

The Missouri Department of Social Services says SNAP (Supplemental Nutrition Assistance Program) benefits households can use an Electronic Benefit Transfer (EBT) card to buy food online from Amazon and Walmart, and other retailers might be added.

To get started with online purchasing, Food Stamp/SNAP participants can connect directly with the online store. A DSS spokeswoman says this can help reduce the stress of possible exposure to coronavirus.

The benefits cannot cover any delivery fee or other associated charges.

Food Stamp/SNAP recipients can view Buying Groceries Online with your EBT Card FAQs to get more information about this new option.

Some of the takeaways include:

-Licensed childcare providers can use rules for emergency school closing and exceed facility capacity limits by one-third of normal.

-Dept. or revenue is automatically extending driver’s licenses and motor vehicle registrations by two months from renewal dates. That also applies to inspections.

– March, April and May, registered SNAP (Supplemental Nutrition Assistance Program) benefit recipients get an increase. Families who get free and reduced lunch programs will get additional SNAP benefits. The Dept. of Social Services will reach out to families through the schools to help them enroll in SNAP.

-Personal protection equipment orders have been delivered to 101 hospitals and 22 EMS providers from the strategic stockpile. 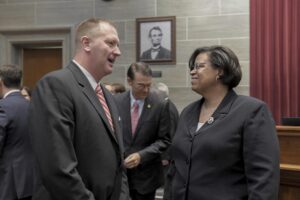 Attorney General Eric Schmitt (R) has called a press conference for Friday at 10 a.m. at the old Post Office in downtown St. Louis.

The investigation has been going on for about a year.

Hawley resigned as attorney general after his November election to the U.S. Senate, and Schmitt was appointed to the post by the governor.

The Survivors Network of Those Abused by Priests (SNAP) held a Statehouse press conference last September, the same day Hawley’s office spoke to Missourinet about the four dioceses agreeing to independent reviews. SNAP said then that there were at least 113 publicly-accused Catholic priests in Missouri, although SNAP believed the number is higher. 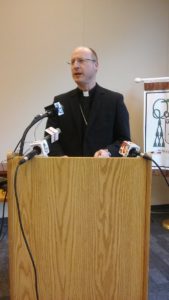 SNAP has called on the Missouri attorney general’s office to use subpoenas and to question Missouri Catholic church officials under oath.

Diocese of Jefferson City Bishop Shawn McKnight held a press conference last August, where he said Mr. Hawley had called to express his gratitude for the bishop’s request that the AG’s office review diocese files about clergy abuse.

“Their active cover-up or passive silence when clergy abusers were continued in the ministry or promoted in office gravely compromised the credibility of the hierarchy, and by extension, the whole Church,” McKnight told mid-Missouri reporters that day.

Bishop McKnight described sexual abuse of children as “a crime and a sin,” adding that the Diocese of Jefferson City has no tolerance for those who intentionally harm children.