You are here: Home / Archives for Senator Eric Burlison 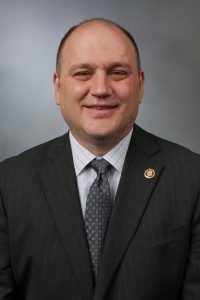 The coffee will be flowing for brew addicts during this opening day of the Missouri legislative session. When the chambers are in session and sometimes burning the midnight oil, a good cup of java can make the world go round, especially when debate is not so riveting.

A longtime discussion among those who frequent the Missouri Capitol surrounds which chamber has better coffee. According to an unscientific poll of three lawmakers who have served in both the House and the Senate, there’s no question.

“The Senate’s coffee is a lot better than the House,” says Sen. Denny Hoskins, R-Warrensburg. “It’s just a lot more bold and spicy, I believe, in the Senate. In fact, I see a lot of State Representatives come down here to get their coffee versus the coffee that they have in the House. I have yet to see one State Senator head down to the House of Representatives to get coffee down there.”

Sen. Eric Burlison, R-Springfield, says he consumes a lot of coffee – without the doctoring of cream and sugar additives.

“For me, the best coffee is the most readily accessible,” Burlison says. “I’m not picky. I think the grounds are the same whether it’s on the House side or Senate side. I can’t tell a difference.” 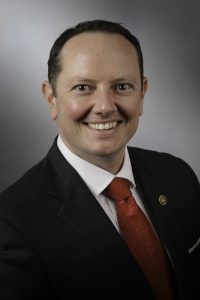 Burlison might also give you a lesson about coffee. Last year, he and his wife visited Costa Rica and toured some coffee plantations.

“When you are looking for coffee beans, you want to look for ones that say peaberry. It’s got more flavor and it roasts a little bit better. Most stores sell them at the same price, but you’re getting a lot better quality of a coffee bean. I don’t think either the House or the Senate is buying peaberry coffee nor are they grinding the coffee beans,” he says.

Burlison, a member of the Senate Conservative Caucus, says the state-funded java gets the job done in an efficient and affordable way.

Sen. Bill White, R-Joplin, has a system for his coffee needs.

“The Senate side definitely has coffee that is better than the House. Although my own coffee is a lot better than either of them,” says White. “I drink the coffee on the Senate side when it’s really late at night and I’ve already run up and down the stairs twenty times or something is going on and I just need a quick refill before something happens on the floor, I’ll drink out here. But generally I’ll go upstairs and use my Keurig machine. I have not since I’ve been in the Senate gone back to the House for coffee. No.” 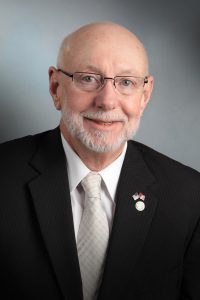 He has a worthy theory behind what could make the Senate coffee an easier drink to swallow.

“My impression is that they brew it more often, because a lot of times I’ll run into somebody in there firing up one of the pots,” he says. “There’s five or six of them in there. Whereas the House has the great big huge machines that I think they make once or twice a day and it just sits there and kind of gets a little burnt flavor.”