You are here: Home / Archives for Senate Rules Committee 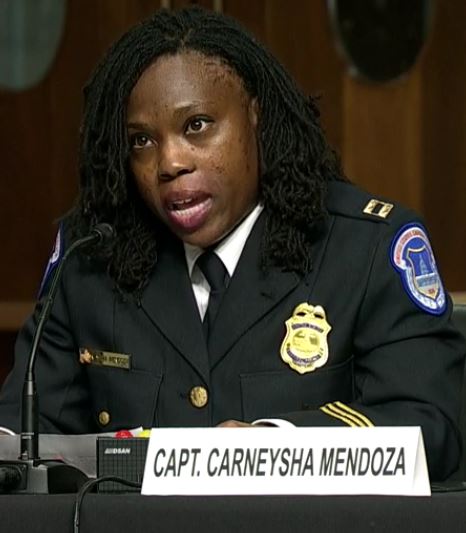 A Missouri native described to U.S. Senators her firsthand view of the police struggle with attackers at the U.S. Capitol on January 6, 2021.

Festus native, Captain Carneysha Mendoza, has served on the US Capitol Police for about 19 years. The Army veteran recognized some of the weapons used by the terrorists — and used on her.

She described smelling military-grade CS gas used on police and having burns on her face that have not yet healed:

Mendoza is a field commander in the special operations division including response to significant security incidents. She testified about the struggle of police while she assumed command and they waited for relief:

While the Metropolitan Police force sent back-ups, additional relief did not come for hours. Her former bosses testified that they were not prepared for battle, just protests.

Mendoza said, “I am proud of the officers I worked with on January 6. They fought extremely hard. I know that some said the battle lasted three hours, but according to my Fitbit, I was in the exercise zone for four hours and nine minutes.” 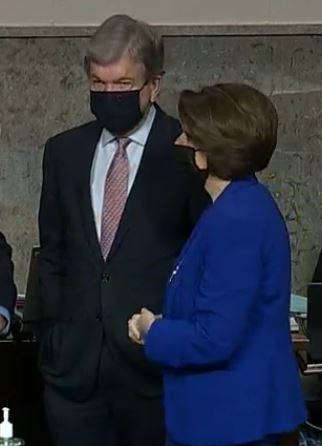 Senator Roy Blunt is the ranking member on the Senate panel investigating the police response to January 6. In his opening statement, Blunt emphasized the scope of the trauma:

“I offer my deepest thanks to the officers of the United States Capitol Police and the Metropolitan Police Department, and their families who may have been watching this attack on the Capitol in real time. Unfortunately, the failures of that day were of the most serious kind: the death of USCP Officer Brian Sicknick. The subsequent suicides of USCP Officer Howard Liebengood and MPD Officer Jeffrey Smith were just the first and most tragic results from the psychological trauma that untold numbers of people experienced.”

The Senate Homeland Security and Government Affairs and Senate Rules committees are looking into failures of police and preparedness – while highlighting the heroism of officers who endured hand-to-hand combat to protect members of Congress.

Sund, in his opening statement, said the attackers were prepared for war:

“I have been in policing for almost 30 years, and in that time I have been involved in a number of critical incidents, and responded to a number of horrific scenes. The events on January 6, 2021, constituted the worst attack on law enforcement that I have seen in my entire career. This was an attack that we are learning was pre-planned, and involved participants from a number of states who came well equipped, coordinated, and prepared to carry out a violent insurrection at the United States Capitol.”

The leaders in charge of Capitol security pointed fingers at each other at times in the hearing, but all agree that intelligence underestimated the threat — and the planning — that led to the attack.