You are here: Home / Archives for Rosemary Percival

The State Supreme Court is reviewing an appeal from a convicted murderer that could overturn mandatory life without parole sentences for all teens convicted of first-degree murder in Missouri. The case involves 43-year-old David Barnett, who’s serving life without parole for robbing and stabbing to death his grandparents in 1996 at their home in the St. Louis suburb of Glendale. 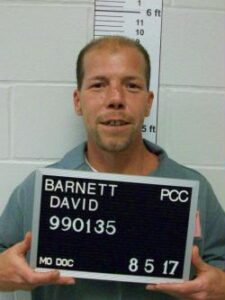 During a court hearing today in Jefferson City, his attorney, Rosemary Percival, contends that Barnett was 19 years old when he committed the crimes – within an age range that should get an individualized sentence. She says his sentence is unconstitutional.

“I realize that the weight of the case law is against us,” Percival says. “However, the court should look at evolving standards of decency. In that regard, one of the considerations is whether states are moving towards that point. We do have that point where states (Legislatures) are moving to expand to 21 realizing that people who are in this age group, from 18-21, have many of the same characteristics as the middle or early adolescents. In late adolescents, the brain is still developing. In fact, it develops into the mid-20s. So, for David Barnett, at the time that he committed his crime, he lacked the ability to control his impulses.”

“They’re not even allowed to serve on jury duty. We don’t trust them enough to let them buy alcohol or cigarettes. They can’t get a credit card without having a co-signer. These statutes show that society views this age range as less able to take on these responsibilities. They remain reckless and impulsive,” she says.

Current state law prohibits life sentences for juveniles under the age of 18. An Assistant Missouri Attorney General, Evan Buchheim, argues that age limit is the only bar that has been set.

“If the court wants to increase that to under 21, then that is a matter that’s within the discretion of the United States Supreme Court,” says Buchheim.

Barnett was previously sentenced to death, but that sentence was overturned in 2015. He was resentenced last March to life without parole.

Barnett is at the Potosi Correctional Center in southeast Missouri.

The high court could rule on the case at any time.