You are here: Home / Archives for Rep. Ann Wagner

There have been efforts to sue and admonish China for its role in the coronavirus spread worldwide. American leaders say China hid the growing virus threat, which began in Wuhan Province in late 2019.

The congresswoman from the St. Louis region, Ann Wagner, says she is taking an approach that is more realistic — in a bill that she filed last week to take away Chinese-owned assets in America.

Wagner is the vice ranking member of the House Foreign Affairs Committee. Her legal staff has been working for months with experts and international lawyers to develop the bill.

“I think it’s a little more realistic in terms of actually getting justice and compensation for Americans because what the Chinese did to mislead and lie to the international community and the harm that is has caused both from a health and an economic standpoint is beyond egregious,” she told Missourinet.

“These reckless acts directly contributed to the deadly pandemic that has killed nearly 100,000 Americans and unleashed an economic tragedy that has impacted communities in every corner of the United States. It is not enough to just publicly rebuke the Chinese Communist Party, they must pay for the loss of life and economic injury they caused.”

The proposed Compensation for Americans Act directs the president to employ a series of measures including creating a public repository of Chinese assets and holdings in the United States, imposing travel restrictions on government officials and medical equipment suppliers, and removing China from its status in the United Nations and World Bank.  Read the summary.

The legislation instructs President Trump to seek a bilateral agreement on with China on compensation to America.

Missouri’s Second District Representative Ann Wagner has quarantined herself after exposure to the coronavirus. 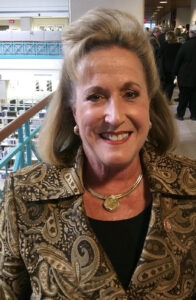 Wagner represents an area west and south of St. Louis

“Last week I participated in a small group meeting with a colleague who has since tested positive for COVID-19.  After discussions with the Attending Physician of the United States Congress, and out of an abundance of caution, I will be self-quarantining.  While I feel fine and am not exhibiting any symptoms, I will follow the advice of the Attending Physician until cleared.  In the meantime, I will continue to work remotely through teleconference as Congress works to provide a strong and effective response for everyone impacted by this virus.”

Wagner did not specify who exposed her, but two Congressmen have now tested positive: Rep. Mario Diaz-Balart, R-Fla, and Rep. Ben McAdams, D-Utah.

Missouri Congresswoman Ann Wagner pushed through a bill to reauthorize federal funding for rape kit testing as states struggle with a backlog of samples. The Debbie Smith Act is authorized to provide up to $151 million in funding per year through Fiscal Year 2019. According to the Rape, Abuse & Incest National Network, Congress appropriated $117 million in 2015.

Wagner Wednesday spoke in the U.S. House about the bill she co-sponsored with New York Democrat Carolyn Maloney.

In Missouri, Attorney General Eric Schmitt created a task force eight months ago to assess the problem, beginning with an inventory of untested kits that remain at law enforcement agencies and hospitals.

“We have one hundred percent compliance from all the hospitals now and we’re getting to that last little bit with law enforcement agencies. So we’re looking to make an announcement very soon about the conclusion of phase one, which then allows us to get, by way of the grant process, to phase two, which is a tracking system for law enforcement and for victims — and ultimately the testing phase,” Schmitt told Missourinet this week.