You are here: Home / Archives for Pro-Choice Missouri

The Missouri Legislature’s special session underway that aims to strengthen abortion clinic regulations has been a tough fight for pro-choice advocates. NARAL Pro-Choice Missouri is against the proposed changes to the state’s abortion laws. Despite the organization’s strong opposition to such policies being considered, it has benefited through additional public support, according to executive director Alison Dreith. 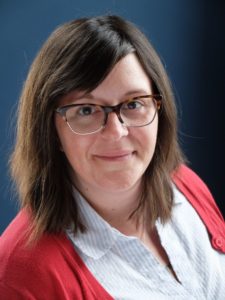 “It’s been great for us. People have been outraged,” says Dreith.

She did not have specifics but she says the figures are a positive trend for many progressive organizations.

Since President Donald Trump was elected and millions of people worldwide participated in marches for women earlier this year, Dreith says more people have stepped forward and offered support.

“We’ve just had an outpouring of support from people donating their money, their time, being involved more than ever,” says Dreith. “Sometimes it’s sad that it took the position that we’re in today for people to finally get so engaged, but we’re glad they are here now.”

Sam Lee with Pro-life group Campaign Life Missouri says his organization has not done fundraising that involves the current special session. He also says donations at his non-profit have remain unchanged since Trump took office.

The Missouri House has passed restrictions that require abortion clinics to meet hospital-like standards, annual inspections at such facilities and a ban on fetal tissue donations.

Another measure receiving House approval would block a St. Louis city ordinance that bars employers from penalizing or firing women who have had an abortion, use birth control or are pregnant out of marriage.

The legislation heads back to the Senate with changes. It’s unclear when the full Senate will return to consider the proposed regulations. 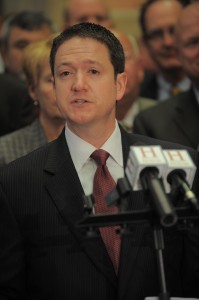 Tim Jones (R-Eureka) says this year’s version of his conscience rights for medical workers bill is more focused and accounts for some of the issues critics have had with it in the past. It would only apply to specific workers and procedures.

“It allows physicians, nurses and medical researchers the opportunity to refuse to participate in procedures and research such as are specifically enumerated in the bill: abortion, contraception, stem cell research.”

See this year’s version of the legislation, HB 1460

“It says it shall not be a defense to any claim arising out of the violation of this entire bill that such violation was necessary to prevent additional burden or expense on any other medical professional, healthcare institution, individual or patient. That is exactly the opposite of the holding of the leading case of the United States Supreme Court on the questions of religious discrimination in the workforce and the burden of accommodation that is on the employer.”

Last year’s version of the legislation cleared the House and was voted out of a committee in the Senate but not raised for discussion in that chamber’s floor.

The legislation has been heard by a House Committee but no vote has been taken.