You are here: Home / Archives for Pennsylvania 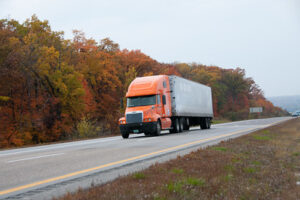 State Sen. Doug Libla, R-Poplar Bluff, is leaving the Senate in January, due to term limits. He says Missouri’s gasoline tax needs to be increased, noting the state’s 17-cent per gallon gas tax has remained the same since 1996.

“We need to do our jobs up here (Jefferson City) and that is to take care of the assets and resources that Missourians deserve and expect and the traveling public for the safety of our families, but also for economic development,” Libla says.

Libla filed Senate Bill 539 in January to raise the state’s gasoline tax from 17 to 19-cents per gallon. While the Transportation Committee approved it, the bill died on the Senate floor. Libla says that proposal would have raised $144 million annually for Missouri transportation.

While Missouri has the nation’s seventh-largest highway system with about 34,000 miles of roadway, it ranks 49th in funding. Chairman Libla says out-of-state motorists pay 40 to 50 percent of Missouri’s gasoline tax.

“When we go into their states, we have to pay what their (other states) going rate is on the fuel user tax per gallon. But they have lots of other taxes on their gasoline too, and diesel fuel,” says Libla.

For instance, he says Pennsylvania’s gasoline tax is 58-cents per gallon. Libla’s bill would also have adjusted the taxes on gasoline and diesel fuel annually for inflation.

Libla praises the job that the state Department of Transportation (MoDOT) is doing, including Director Patrick McKenna. He says they have a great staff, and are doing more with less.

Libla says MoDOT received about $100 million less in funding in 2019, than they received in 2010. He also notes that cities and counties receive about 30 percent of the funding, from Missouri’s gas tax.

“So it hurts our local county commissions that’s trying to keep our roads up, and our cities and our mayors, our (city) council people,” Libla says.

Libla says Senate Bill 539 would have provided cities and counties with an additional $44 million annually, for transportation.

Missouri voters rejected transportation tax increases in 2014 and again in 2018.

In addition to tight funding, MoDOT has also been impacted by the COVID-19 pandemic. State Rep. Becky Ruth, R-Festus, who chairs the bipartisan Joint Committee on Transportation Oversight, says the pandemic has had an impact of between $45 million and $100 million on MoDOT.

Director McKenna testified in late June that the impact is from several factors, including declines in license and registration fees and a decline in the motor vehicle sales tax. He also says the agency has delayed advertising on about $360 million in projects.

Despite the impact, MoDOT crews are still working every day. McKenna says more than 100 bridges in Missouri’s $350 million bridge bonding plan are now under contract, and 13 have already been completed. He says an additional 58 bridges are currently under construction.

In 2019, Missouri lawmakers approved the $350 million bridge bonding plan, which is repairing or replacing 250 deteriorating bridges.

Click here to listen to Brian Hauswirth’s full interview with Senate Transportation Committee Chairman Doug Libla, R-Poplar Bluff, which was recorded on June 25, 2020 at the Missouri Capitol in Jefferson City: