You are here: Home / Archives for peace officer license

A Missouri House committee will consider legislation to appoint House and Senate Marshals, to help provide physical security and perform other duties at the State Capitol in Jefferson City. 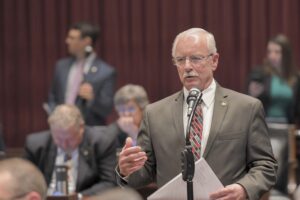 Under House Bill 784, Missouri House and Senate marshals would be able to wear a concealable firearm and make arrests based upon state law. They would have to have at least five years’ experience as a law enforcement officer and have a peace officer license.

Any marshals authorized under the bill would be in addition to Capitol Police officers or other law enforcement personnel.