You are here: Home / Archives for Oran 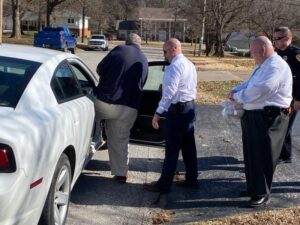 Lutz is scheduled to be arraigned Thursday morning at 9 at the Stoddard County Courthouse in Bloomfield, before Judge Joe Satterfield. Bond for Lutz has been set at $125,000 cash-only.

Mr. Oliver announced the arrest and charges on Wednesday, saying the alleged crimes happened between January and February of 2000, when the priest served at St. Joseph Parish in southeast Missouri’s Advance.

Advance, which is a town of about 1,300 residents, is southwest of Cape Girardeau.

The probable cause statement says Lutz allegedly abused at 17-year-old male at the priest’s residence in early 2000, after asking him to drink alcohol with him. Court documents say the 17-year-old declined and tried to leave, but that Fr. Lutz blocked his exit and allegedly forced the teen to have oral sex with him.

The court documents also describe an alleged incident that happened in 1972 in Cape Girardeau County, involving a 17-year-old male who worked a summer job at St. Mary’s Catholic Church in Cape.

The Stoddard County investigation is ongoing.

Missourinet spoke to Attorney General Schmitt in late October in Jefferson City, and he noted his office was close to completing 12 referrals of former clergy members across the state for potential criminal prosecution.

The Lutz case is one of those 12 cases. Schmitt noted in October that the 12 referrals are more than any other state attorney general. Attorney General Schmitt issued a statement to Missourinet on Thursday.

As for Prosecutor Oliver, he notes the Stoddard County investigation revealed multiple victims, and emphasizes the investigation continues.

He encourages anyone with information about Lutz to call the Stoddard County Prosecutor’s office at (573) 568-4640.

Lutz has also served at parishes in Springfield, Cassville, Jackson, Oran and Lamar, according to Oliver. 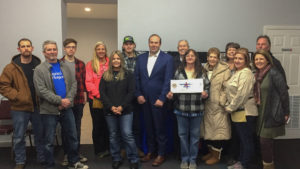