You are here: Home / Archives for NAACP of Missouri 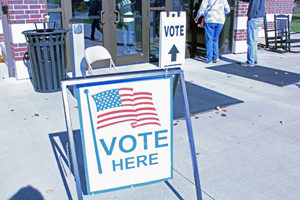 The Missouri Supreme Court issued a decision on Tuesday involving absentee voting, ruling that a lawsuit that aims to allow all Missourians to cast absentee ballots without notarization in 2020 can proceed. 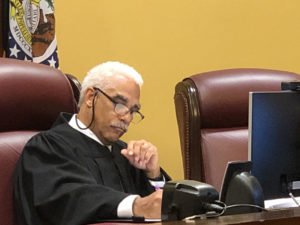 The Supreme Court is sending the case back to Cole County Circuit Judge Jon Beetem. The decision means the lawsuit from the NAACP of Missouri and the ACLU of Missouri can proceed.

The organizations filed a lawsuit in mid-Missouri’s Cole County, challenging the constitutional validity of absentee voting legislation that was approved by the Missouri Legislature on the final day of session in May.

Governor Mike Parson (R) signed the legislation from State Rep. Dan Shaul, R-Imperial, in June. It expands voting by mail through the rest of 2020. There are two but separate options under the bill.

The second option is the key part of the lawsuit. It expands voting by mail for everyone in 2020, but requires notarization.

The Missouri Supreme Court heard oral arguments in the case on June 15.

During those oral arguments, Sophia Lin Lakin, who argued the case, told the Supreme Court that requiring some voters to get a notary could put their health and the health of others at risk, during the COVID-19 pandemic.

“SB 631 still requires voters whom the Legislature did not deem at-risk for COVID or those caring for others who may be at risk, to comply with the notary requirement in order to vote by mail,” Lakin argued on June 15.

“A bad flu season does involve tens of thousands of deaths nationwide,” Sauer told the Supreme Court last week. “But nobody has ever contended that fear of contracting or spreading the flu is a statutory ground to cast an absentee ballot in Missouri.”

Sauer also argued in court that the NAACP and the League of Women Voters lack associational standing in this case.

Click here to read the 73-page legal brief from the NAACP of Missouri, the ACLU of Missouri and others.