You are here: Home / Archives for Mizzou basketball

Concerns about the coronavirus have led to big changes for Missouri sporting events.

The NCAA announced, “NCAA President Mark Emmert and the Board of Governors canceled the Division I men’s and women’s 2020 basketball tournaments, as well as all remaining winter and spring championships.

The SEC conference has suspended all regular-season games for all sports until March 30. The Big 12 has canceled its men’s and women’s basketball tournaments in Kansas City.

In the Class One Boys and Girls High School Final Four in Springfield, each school is limited to 150 fans.

The St. Louis Blues are done for the season after the NHL announced the rest of the league’s season has been suspended. Major League Baseball has suspended spring training and the season will be delayed by at least two weeks. 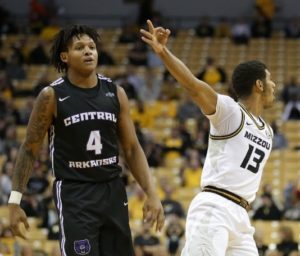 The NBA Draft is just a little over a week away and multiple publications continue to update their mock drafts, some of them releasing as many as their ninth update since the process started a couple of months ago.  Mizzou fans were excited to hear that Jontay Porter will come back to Columbia for his sophomore season, even though he believed he was a for-sure first-round pick.

Whether or not you believe Jontay turned down potential first-round money, it is certain that older brother Michael is a top-ten pick according to the top mock drafts.  Below are the updated picks.

Sure, there are questions about Michael Porter Jr. — specifically how healthy he is and his long-term outlook after missing most of his freshman season due to a back injury that required surgery. But his potential to develop into a go-to scorer drives his ceiling to an All-Star-level player if he’s able to stay on the court. He’s worth taking a risk at No. 4 for a re-booting Memphis franchise lacking on talent.

There’s talk that the Mavericks may prefer not to draft a center in this scenario, with a potential eye on DeMarcus Cousins in free agency. It’s possible they look to move this pick. If they keep it and are willing to take the risk, Porter makes sense as a fit with their personnel. He’s a wildcard in the draft as he continues to work into peak shape, but seems to be trending toward full health. His situation will clarify now that some teams atop the draft have access to his medical information. Porter’s pro day was well-attended, and he’ll work out again in private on Friday for lottery teams only. The game comes easily to Porter, and in a total vacuum, his offensive gifts would make him a top-five selection. The risk of re-injury, as well as background intel on his personality, may continue to give some teams pause. Though he could still end up falling in the draft, there appears to be enough interest to keep him safely in the Top 10.

ESPN Summary: A former 5-star recruit out of Nathan Hale High School in Seattle, Wash., Porter was ranked as the nation’s No. 2 overall prospect and No. 1 small forward in the 2017 class, according to the 247Sports Composite. Last season at Missouri, the 6-foot-10, 215-pound true freshman missed nearly the entire season after suffering a back injury in the season opener. He returned in the SEC Tournament and averaged 14.0 points, 9.0 rebounds and 1.5 blocks over the final two games.

Mizzou Women’s Basketball has signed Akira Levy to its 2018 recruiting class. Levy is a 5-foot-8 guard from Baxter, Tennessee, who won a pair of state championships at Upperman High School. Levy racked up 2,761 points, 921 assists, 591 rebounds and 504 steals during her high school career. She was twice named Tennessee Class AA Miss Basketball and earned 2018 All-USA Tennessee First Team honors after a stellar senior campaign. In her final season at Upperman, Levy averaged 25.3 points, 9.4 assists and 4.8 steals per game.

“I chose Mizzou because the team is wonderful, I really clicked with the girls,” Levy said. “The coaching staff is awesome. When I stepped on campus, it felt like home.”

Levy is a proven winner, leading her high school to 45 consecutive wins, including a spotless 37-0 record in 2017-18. Levy is the No. 66 recruit in the nation in ESPN’s class of 2018 rankings. She is a dynamic scorer and elite passer. She shot 58.9 percent from the field and 73.5 percent from the free throw line while boasting a 3.3 assist-to-turnover ratio during her career.

Other Tiger news:  Pingeton told reporters at a Mizzou Coaches Caravan on Tuesday in Mendon that Cierra Porter is considering medical retirement. The senior to be tore an ACL in her left knee in eighth grade and has since dealt with knee issues.

“She’s a big part of what we’ve got. We love her to death. Just trying to figure out what’s in her best interest. If she does come back we have to be mindful of that mileage,” said Pingeton.

The Evansville, Indiana, native will sit out the 2018-19 campaign due to NCAA transfer rules and have two years of eligibility remaining.

He is the sixth member in a talented group of Mizzou newcomers heading into the 2018-19 season, alongside signees Mark Smith, K.J. Santos, Javon Pickett, Xavier Pinson and Torrence Watson.  The Tigers lost out on the state’s top prospect, Courtney Ramey, who chose Texas last week.

“We are excited to welcome Dru into the Mizzou Basketball Family,” Martin said. “Dru is an experienced player who understands the kind of work ethic it takes to succeed at this level. He is a proven shooter and talented passer who can impact the game in so many ways. Dru will be an outstanding teammate and we’re thrilled to have him join the program.”The sharpshooter led the Missouri Valley Conference in three-point shooting, making 48.2 percent of his attempts from beyond the arc. Smith ranked third in the MVC in both field goal percentage and free throw percentage, shooting 57.8 percent from the floor and 86.2 percent from the free throw line.

Mark Smith is coming to play for Missouri basketball after all.  The Edwardsville guard chose Illinois over Missouri in recruiting last year but has now decided to transfer from the Fighting Illini to the Tigers after one season.  Smith will have to sit out the 2018-19 campaign, but will then have three years of eligibility remaining.

Smith started 19 of 31 games for Illinois and averaged 19 per minutes per game, scoring 5.8 points per game.

According to Mitchell Forde of PowerMizzou.com, Smith made his decision to transfer based on his relationship with head coach Cuonzo Martin with Forde quoting Smith as saying he “wasn’t going to make another mistake not playing for him.”

The Mizzou men’s basketball team has point guard help on the way.   Xavier Pinson on Wednesday morning signed on with the Tigers, kicking off the spring signing period.

Pinson is from Simeon High School in Chicago. He’s a 6’2 guard and 247Sports ranks him the No. 64 point guard in the class.  He joins 4-star shooting guard Torrence Watson from St. Louis in Mizzou’s class of 2018.

The spring signing period will remain open until May 16.

Mizzou basketball freshman forward Jontay Porter declared for the NBA draft, but has not hired an agent.  This leaves open the possibility of a return to Mizzou for his sophomore season.

Michael will likely be a high lottery pick while Jontay has been projected as a late first- or early second-round pick. 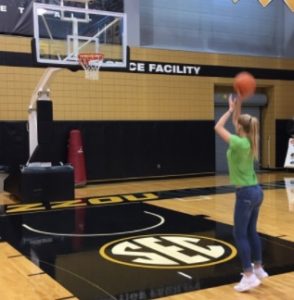 Long before she even studies for her first high school biology exam or figures out if lunch is the fourth or fifth hour,  14-year old Addison Potts of Ft. Myers, Florida knows where she is playing college basketball.  She’s headed to the University of Missouri.  On Tuesday, Mizzou women’s basketball coach Robin Pingeton learned the 5’10 eighth-grader wants to play for the Tigers.  Mizzou was one of seven schools to already offer Potts a scholarship.

Potts will start high school this fall and received offers as far back as last summer after completing 7th grade from Illinois, Iowa State, Kansas, Colorado, South Florida and Florida Gulf Coast, who just knocked Mizzou out the first round of the NCAA Tournament.

Mizzou finished the season with a 24-8 record.

Michael Porter Junior has announced he’s leaving Missouri after his freshman season.  He only played 53 minutes during this one year with the Tigers.  The six-foot-10 forward had back surgery after playing just two minutes in Mizzou’s season opener.  There no word yet on if his brother Jontay Porter will enter the draft as well.