You are here: Home / Archives for Missouri State Museum 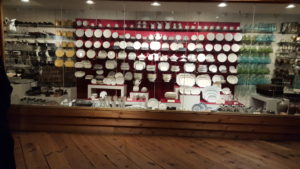 Dishes found on the wreck of the Arabia

A bill awaiting a vote in a Missouri Senate Committee would fund construction and operation of a new museum in Jefferson City all about the steamboat era in Missouri.

Bill sponsor, Sen. Mike Bernskoetter of Jefferson City, says the funds should come from fees collected from casinos for each person who boards gambling riverboats because that is where today’s gaming industry initially gained steam in Missouri. In the year 2000, state law was changed to allow gambling boats to stay docked.

The bill would increase the fee from $2.00 to $3.00, which is shared among the communities where casinos are docked, the Missouri Veterans Commission and the state. 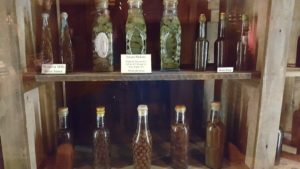 Goods excavated from the Arabia, which hit a log and sank in 1856. The museum touts the artifacts as the largest collection of of pre-Civil War artifacts in the world

The bill would fund moving the Arabia Steamboat Museum and its contents from Kansas City to Jefferson City.

The lease runs out on the Kansas City building in 2026 and the Pittsburgh, Pa., company that built the riverboat Arabia wants the remains of the boat for display.

“I think it would be terrible to let it go to another state,” Bernskoetter says, “It’s part of our history.”

“This would be a way to keep the museum here in Missouri without costing general revenue or taxing people some other way,” he says.

Bernskoetter says the Missouri State Museum, which is inside the capitol building, could be moved and rebuilt to accommodate the steamboat facility and more.

The $40 million in revenue for the Steamboat Legacy Fund would also help recover sunken steamboats along the Missouri River, he says.

“There’s the steamboat Malta up near Malta Bend, there’s 400 of them all along the length of Missouri but there’s 200 of them in the Kansas City to St. Louis region,” he says. “There’s about six of them that they would like to dig up that are from different time frames, five or six different decades.”

Bernskoetter says if the bill passes, there are plans to put the museum on former prison property on the east side of Jefferson City.

The new museum would open on the 200th anniversary of Jefferson City becoming the state capital of Missouri.

For 75 years, trains carrying orphans brought about 200,000 children from New York to the rest of the country, many of them to the Midwest. As many as 100,000 of those children came to Missouri. 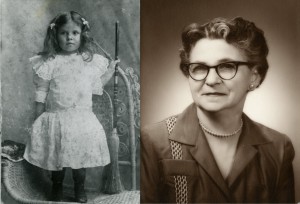 One of them was Irma Craig, mother of Shirley Andrews of Jefferson City. Andrews has been researching her mother’s story.

Craig was dropped off at under two months old at New York Foundling Hospital in New York City. She was cared for by the Sisters of Charity of St. Vincent de Paul and in 1901 at the age of three, arrived on a train in Osage City, Mo. She was taken in by George and Katherine Boehm.

Andrews says her mother was well cared for by the Boehms and doted on by George, but when Katherine died of pneumonia, Craig was taken in by neighbors John Rackers and his widowed sister, Adelaid.

Andrews says Craig was even happier in that home.

“She said she was petted and pampered there,” Andrews said her mother told her, “‘I was never made to work. I worked because everybody else in the family was working.’ She helped make cider, she helped take care of the chickens and take care of the little ducks and helped in the garden.”

Such work was what the creator of the orphan train program had envisioned, according to Missouri State Museum Curator Muriel Anderson, who spent three years with the National Orphan Train Complex in Concordia, Kansas. 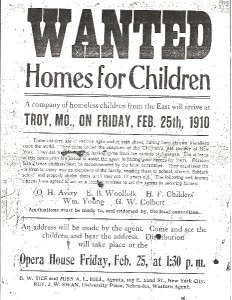 Flyers like this one appeared throughout the Midwest between 1854 and 1929. (courtesy www.windowontheprarie.com)

“Charles Loring Brace … his intent was that kids would get a family, they would learn a good work ethic … farming was, it was good Protestant values was kind of what he envisioned.”

Andrews says in little towns all across the Midwest, like Osage City, orphan trains provided a significant percentage of the population of children.

“[My mother] went to school with ten other orphans in Taos.”

Irma Craig tought at a one-room country school from about 1917 to 1921 before marrying Robert Schnieders. Andrews says her mother left behind a great legacy.

“My mother and my father had eight children,” she said. “One of them in a nun. Out of seven children, she has 52 grandchildren and when she died when she was 91, she had over 200 great-grandchildren.”

The orphan trains quit running in 1929. Today, it is estimated that one in 25 Americans has a connection to an orphan train rider.

For those looking for more information on the Orphan Trains, contact the National Orphan Train Complex.