You are here: Home / Archives for Missouri River Runner

Daily Missouri River Runner service from St. Louis to Kansas City continues chugging along but if the state doesn’t start paying its bills, the trips could get derailed. During a Missouri House Budget Committee hearing, MoDOT Director Patrick McKenna says Missouri owes the company more than $6.5 million in unpaid bills and about $12 million for its service contract this year. He’s requesting more money from the Legislature to help pay off the debt. 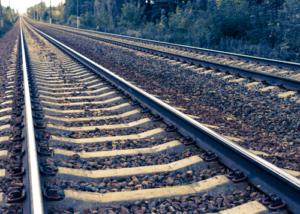 State racks up millions in unpaid bills owed to Amtrak

“Actually, it is an embarrassment,” says McKenna. “We have to deal with these folks at the federal level. We’re not paying our bill. They’ve been giving us a pass. They’re now charging interest on the arrearage.”

Amtrak is charging 12% interest on what Missouri owed last year.

“How did it get to that point in the first place,” asks Representative Don Mayhew, R-Crocker.

“The requests to fund the operating costs have not been granted through the budget process annually,” says McKenna.

“And that started how long ago,” asks Mayhew.

McKenna tells Mayhew the debt could endanger the service’s future.

Some lawmakers, including Representative Deb Lavender, D-Kirkwood, says the River Runner plays an important role in Missouri’s tourism. The line stops in Lavender’s hometown of Kirkwood, as well as Hermann and Sedalia. All three are tourism points.

The Missouri Legislature is in full swing with its fiscal year 2021 budget work.