You are here: Home / Archives for Missouri House Democratic Caucus

State Rep. Wiley Price, D-St. Louis, has been expelled from the House Democratic caucus. The move follows the Missouri House of Representatives voting 140-3 this month in favor of censuring Price for allegedly having sex with an intern, threatening his then-legislative aide to cover for him, and lying to the committee investigating the reported events. Missouri House policy bans members from having inappropriate relationships with Capitol interns. 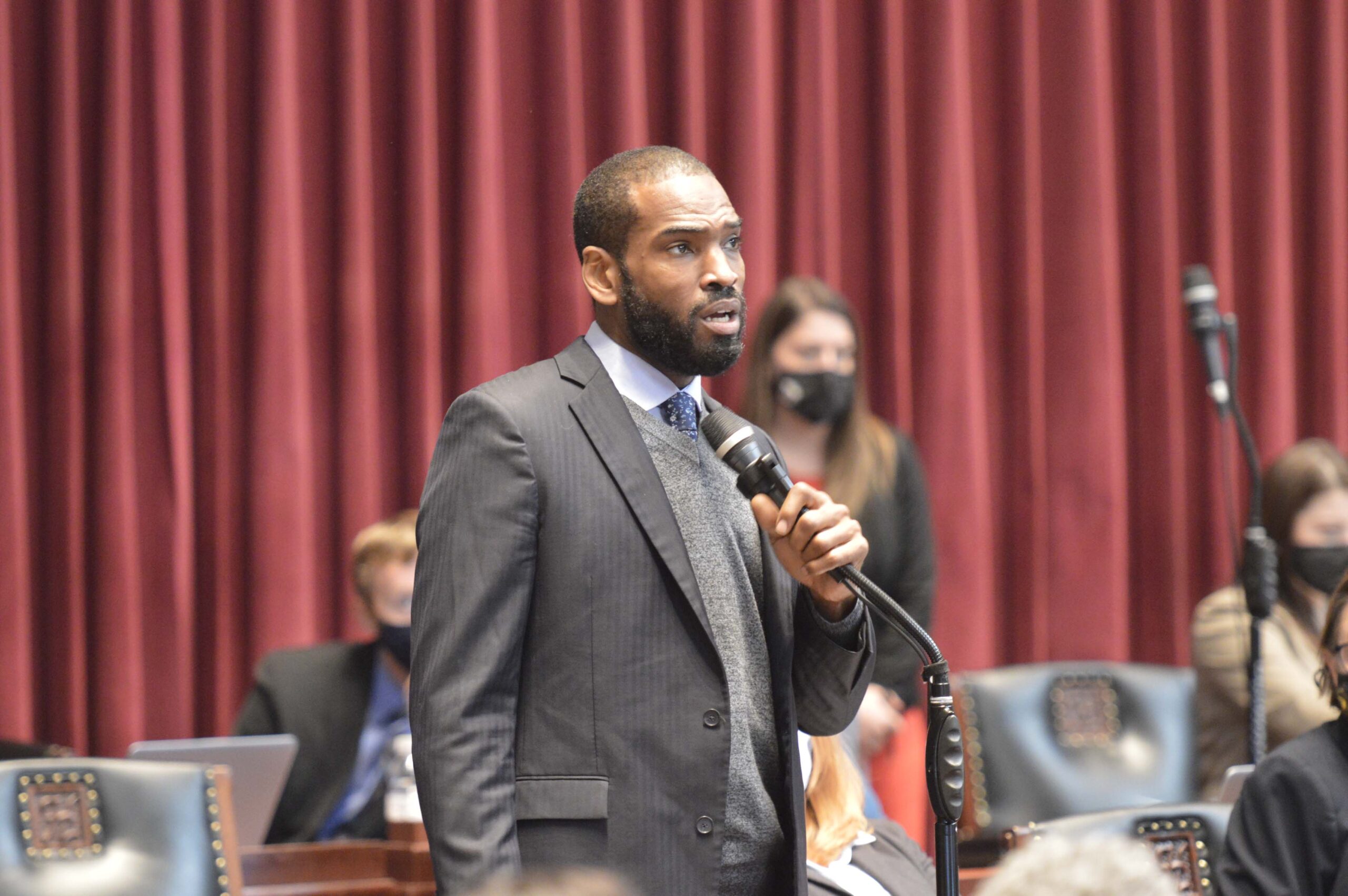 Price is the first House member in state history to be publicly condemned.

“This action is consistent with the censure resolution the House of Representatives recently passed, which in addition to other penalties called for the denial of privileges of office. Caucus membership is such a privilege,” says Quade. “As with the other sanctions, Rep. Price’s removal from the House Democratic Caucus is necessary to hold him accountable for his actions, uphold the integrity of the Ethics Committee’s findings against him and further reinforce that retaliation against employees will be met with serious consequences.”

The Missouri House Ethics Committee unanimously recommended last month to censure Price. A report was then released to the public stating Price shared with his legislative assistant that he had sex with an intern and Price attempted to coerce his assistant into lying to an investigator as well as the committee. He reportedly threatened to fire his assistant if she did not comply and said, “where I come from, people die for doing sh** like this”.

Under oath, Price said the assistant made up the story in retaliation to losing her job, but he did not inform appropriate House staff that he gave notice to the employee.

According to the report, an investigator interviewed Price, who stated he had not called the intern on his cell phone, and that he did not have and has never had her cell phone number.

The committee subpoenaed phone records between Price and the intern between January 22 through January 27, 2020. It found seven phone calls and 26 text messages had been exchanged between them. The last phone call, on January 26, lasted 46 minutes. Details of their text conversations were not included in the report.

Price admitted on the House floor this month that he lied about having the intern’s phone number, but he said everything else in his testimony was truthful. He has denied having sex with the intern.

After the full House’s action this month, Price’s office was relocated to the basement of the Missouri Capitol building. The St. Louis Post-Dispatch reports Price was forced to move from a first floor suite in the Capitol to a hearing room in the basement.

Under the terms of the censure, Price was removed from committees he served on and must pay $22,500 to cover the investigation’s costs. He cannot serve in leadership or have an intern while he serves in the House.