You are here: Home / Archives for Mike Qutami

A $45 million project to spruce up the Missouri Capitol is on track to finish in November or December. As the first major construction work of the building assembled in 1917, it is addressing deteriorating stonework on its facades, dome and drum, overall appearance and stabilizing the structure. Upon completion, the project will extend the life of the building and ensure the historic structure is properly preserved for decades to come. 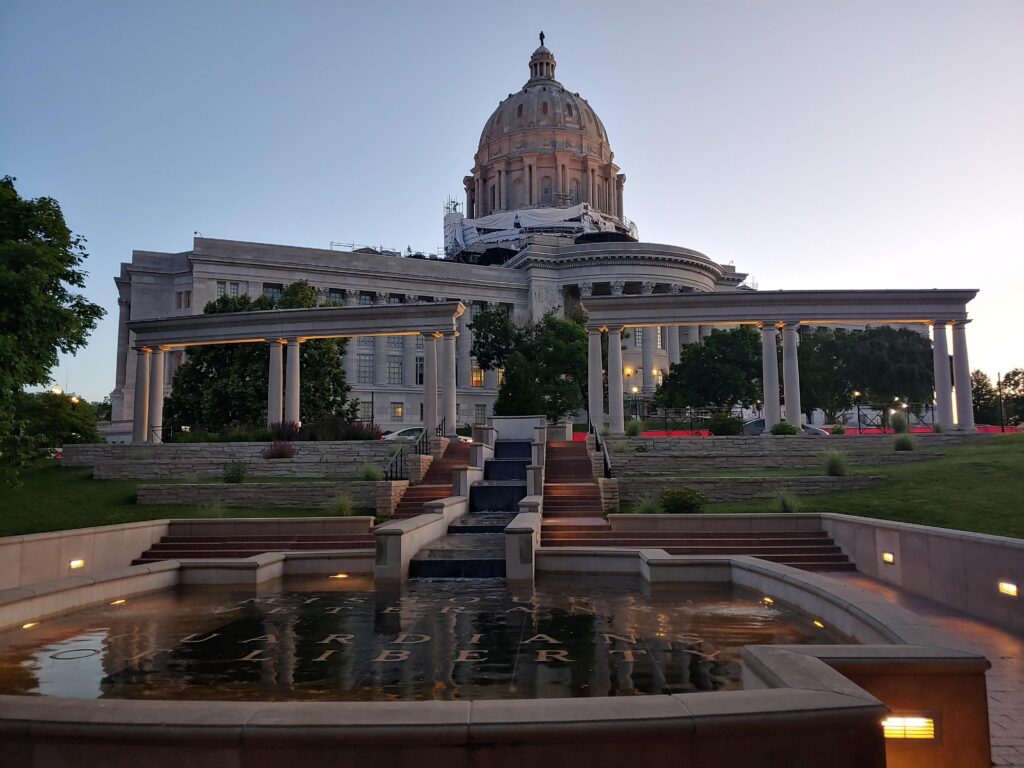 The project includes two phases. The first phase began in 2016 to address the substructure of the building, including waterproofing and repairs to major leakage into the basement. It also refurbished the outside Capitol grand staircase, which is 30 feet wide and extends from ground level to the third floor.

The current phase is focused on the stonework and terraces. Project Manager Mike Qutami with the Office of Administration says most of the stone is in good shape but there are some problem spots being fixed.

“Basically, every square foot of that building was assessed and will receive some kind of treatment – that being repair of the stone, reshaping of the stone and definitely cleaning all the stone,” he says. “The south entrance – there was a huge chunk of stone, about 4,000 maybe 5,000 pounds that could have come down any time. Now throughout the building, there was some pieces that could have fallen from the upper part of the perimeter of the Capitol façade.”

The stone being used in the repair work is from Willard in southwest Missouri.

Other repair work is at the structure’s north plaza where sidewalks and walkways have buckled. In addition, all the bronze monuments in the capital complex are being conserved. Chief among them is the statue that had been perched 260 feet high atop the capitol dome for 95 years. The sculpture of Ceres, the Roman goddess of agriculture, was lowered to the ground in 2018. She was shipped off to a Chicago spa for laser treatment to restore Ceres to her natural beauty.

In 2014, the Missouri Legislature approved bonding for the renovations.