You are here: Home / Archives for M’Evie Mead

During a bill signing today at the Missouri Capitol in Jefferson City, Governor Mike Parson signed House Bill 126 into law banning abortions at eight weeks into pregnancies. In a press release, the governor says a coalition of pro-life leaders and legislative members joined him today for the bill signing. The media was not invited. 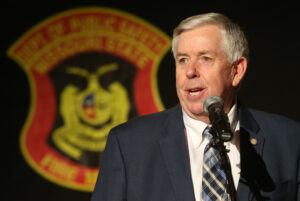 “By signing this bill today, we are sending a strong signal to the nation that, in Missouri, we stand for life, protect women’s health, and advocate for the unborn,” said Parson in a press release. “All life has value and is worth protecting.”

HB 126 makes exceptions for medical emergencies, but not for rape or incest. Additionally, the legislation requires both parents to be notified if a minor child wants an abortion.

Missouri Republican mega donor David Humphreys said Parson should veto the bill. In an email to the Kansas City Star, the Joplin businessman said he’s opposed to abortion but he supports a woman’s right to choose, particularly in rape or incest cases.

“The General Assembly has worked tirelessly over the last few months to send the Governor the boldest and most comprehensive pro-life bill in the country to stand for those without a voice. With today’s signing, Missouri’s law will reflect the values of Missourians across the state that believe every child is a gift from God and deserving of the fundamental Constitutional right to life,” said Haahr.

Senator Jill Schupp, D-Creve Coeur, was on the front lines trying to negotiate with Republicans in her chamber on the bill.

“Governor Parson has outlawed abortion for all women, including victims of rape and incest. He has signed a law to take away a woman’s choice before she even knows she’s pregnant. With this new law, the Governor and his Republican Party have shown they don’t trust women, and are too extreme for most Missourians,” said Schupp in a press release.

M’Evie Mead with Planned Parenthood Advocates of Missouri issued a statement in response to the governor’s action today:

“People need to know that this ban is not in effect — yet. Abortion is still legal in this state and Planned Parenthood Advocates will do everything we can to protect access to abortion in Missouri — and hold these extreme politicians accountable for their attacks on our health care,” said Mead.

The bill is expected to be blocked through a court challenge. Otherwise, it would become law on August 28. 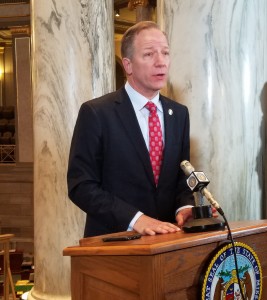 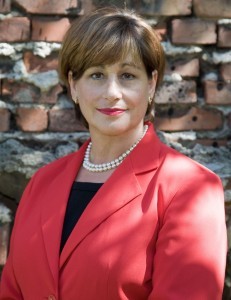