You are here: Home / Archives for Maya Moore

A St. Louis area man locked up for a 1997 home burglary could leave prison walls soon. Last week, Cole County Judge Daniel Green of mid-Missouri ordered to have the convictions overturned of Jonathan Irons, who is serving 50 years for a crime he has maintained that he did not commit. 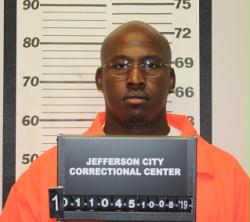 During the break-in at a home in the St. Louis suburb of O’Fallon, the burglar fired several gun shots, seriously injuring the victim in the head. A fingerprint was pulled from the only door to the burglarized home. It did not belong to Irons or to the homeowner.

That evidence was not included into Irons’ court trial all those years ago. It turned up years after the trial was over when Reginald Williams, a friend of Irons, found a document in evidence files from the O’Fallon Police Department detailing a second fingerprint.

Irons, who was 16 years old at the time of the crime, thinks the print could have cleared him as a suspect in the case. His attorneys have argued other misconduct occurred by the police investigator in the case, who fell ill during the trial and later died. The prosecution argued during the trial that Irons was seen the day of the burglary with a gun in the neighborhood where the crime happened.

WNBA star Maya Moore, a Jefferson City native, has been fighting alongside Irons and her local family for years to get Irons released. Moore has played eight seasons for the Minnesota Lynx. Last year, she announced she was taking a break from the game, in part to try and help Irons walk away from prison as a free man soon.

“That’ll be a sweet day,” she says during a conference call with reporters. “We want to see that day very soon.”

Moore says the battle has been worth it.

“This has been the most significant thing I have invested in,” says Moore. “I feel privileged to be able to walk with Jonathan and stand and use my voice for people like him who haven’t had a voice. It’s just an honor. It’s been hard. It’s been emotionally and mentally just challenging.”

Moore started a non-profit organization, Win With Justice, which aims to, in part, redefine what a win is in the criminal justice system and shines a light on wrongful convictions. Whether she goes back to the game is still up in the air.